United American Corp. (UnitedCorp), a digital technologies company focused on developing products related to blockchain technologies, and cryptocurrency mining (among other practices) has decided to take legal action against the most critical players on the BCHABC camp of the infamous “BCH hash war“, accusing them of manipulating not only the market but also the core functioning of the entire blockchain.

The essence of the lawsuit is that the defendants participated in a premeditated scheme in which, in a dishonest way and contrary to the interests of the users, they illegally exercised their power as administrators of various pools to illegally use hash power in an unnatural manner to ensure that they have the longest chain with the most significant proof of work. After consolidating this domination, they arbitrarily implemented a series of checkpoints to prevent a return to previous blocks.

“By essentially bringing in mercenaries from another network (the BTC network) to temporarily mine the Bitcoin Cash network during the software upgrade and then leave, Bitmain and Bitcoin.com effectively hijacked the blockchain. Their actions diluted the “vote” being exercised by the existing nodes during the upgrade, violated the ground rules of the network that other users had relied on and respected for years, and artificially pumped up the chain implementation with computer hashes to dominate the temporary software upgrade
But the scheme did not end there. The next day on November 16, 2018, BitcoinABC through defendants Amaury Sechet, Shammah Chancellor, and Jason Cox, implemented a “poison pill” in the chain referred to as a checkpoint.”.
The implemented checkpoint is problematic because it also “centralized” what should be a decentralized market due to the way the checkpoint was added and its location close to the tip of the blockchain
The decision by Bitcoin ABC to “lock down” the blockchain after an arbitrary number of blocks close to the tip of the blockchain – through a mechanism referred to as“checkpoints” and “Deep Reorg Prevention” – will allow anyone with 51% hashing power to quickly cement control of the blockchain ledger. They would also cement control over future changes to Bitcoin cash functionality as well as changes to the consensus rules. Combining this checkpoint power with the hashing power of Bitcoin ABC backers amounts to centralization. Anyone who combines hashing power and checkpoints in this fashion will be able to override any consensus reached by the rest of the network, forcing others to conform or create an unwanted hard fork.”

Not Just a “Developer Thing”

Similarly, UnitedCorp states that the rest of those involved were aware of the damage their actions could cause since the “conspiracy” had been planned for a long time. Not only did it involve people in the world of mining, but it also used programmers, communicators and even exchanges like Kraken which already manifested its pro-BCHABC stance before there was any result:

Indeed, as early as the next day after the update, individuals in the cryptocurrency industry such as Andreas Brekken (self-proclaimed “advisor to some of the most successful blockchain projects in the world” and software engineer at Kraken), held online forums acknowledging that Bitcoin ABC developers and crypto exchanges such as Kraken agreed to implement centralized checkpoints.
See https://www.youtube.com/watch?v=UjAHJY0QZhs; see also
https://brekken.com/about. Brekken goes on to admit in the video “this has been planned for a long time” and “we knew within 30 minutes we had it.” “

The results of the BCH War were catastrophic, as recognized by virtually the entire community of crypto users. The market crash affected the normal functioning of UnitedCorp’s economic activities, for which they hope to obtain compensation if the Court determines that these losses occurred as a result of the dishonest actions taken by the defendants:

“As a result of the aforementioned market manipulation, the value of the cryptocurrency that Plaintiff mines in its BlockchainDomes has fallen significantly. The combined value of the forked currency is lower than the pre-fork currency, and the resulting confusion has been severely detrimental to the market overall. Some trading platforms have chosen to list only one of the two resulting currencies, thus reducing liquidity and the value of the currencies.”

UnitedCorp bases its claim on the fact that the aforementioned individuals came together to plan and execute actions that resulted in a violation of Section 1 of the Sherman Act and section 4 of the Clayton Act. For this reason, it expects not only that the implementation of checkpoints and similar changes will be prohibited, but also that the blockchain will be restored to “its previously decentralized form with the previous consensus rule.” 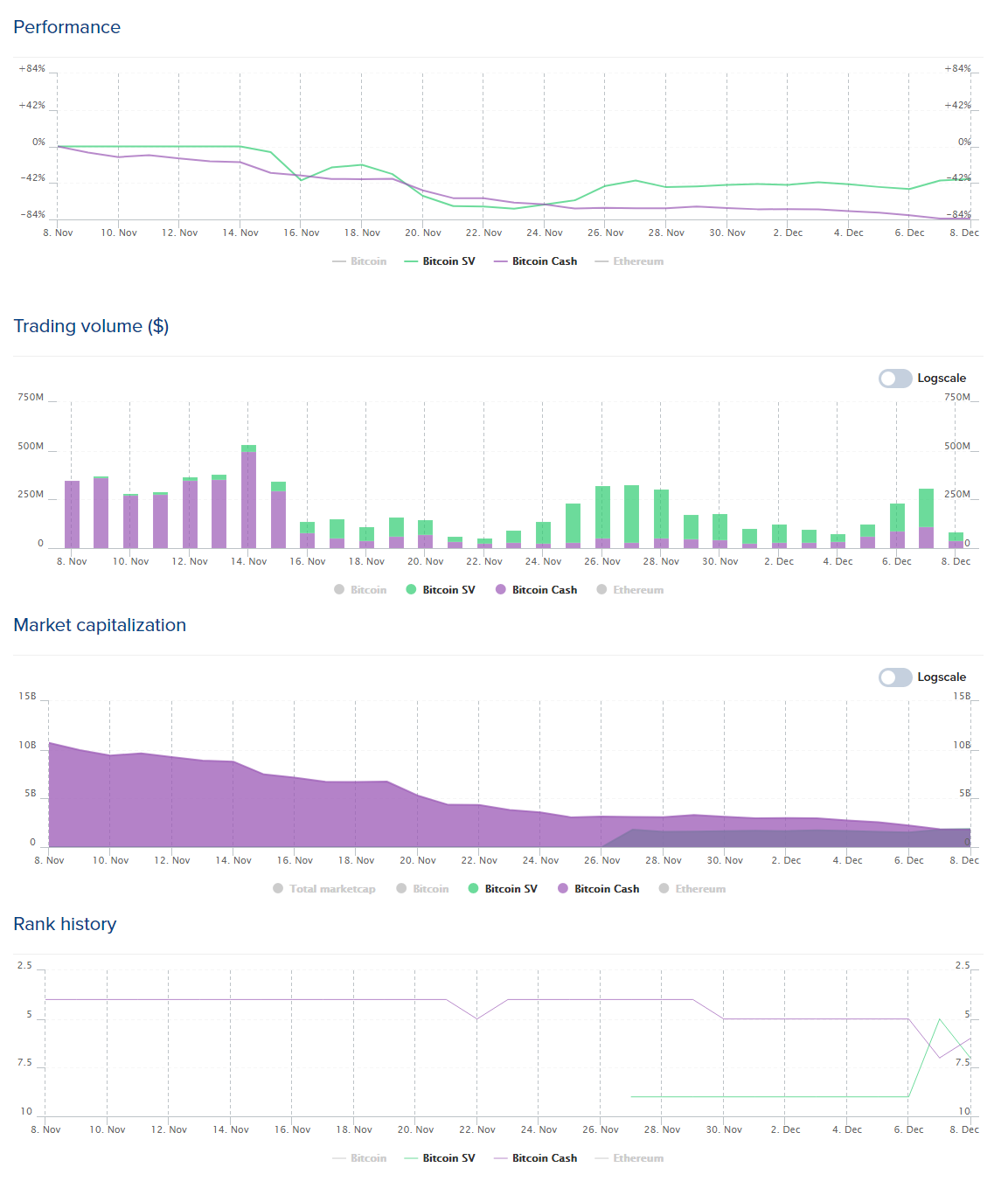 So far, there has been no pronouncement by those accused. The full text of the lawsuit is available here