Zhao Dong, one of China’s most influential “Bitcoin Billionaires,” recently addressed his followers on Weibo (better known as the “Chinese Twitter”), to convey his optimism about the future price of Bitcoin.

Being Bullish in Bearish Times

Zhao Dong explained that even though the cryptocurrency can touch lower prices, his mind is highly bullish and he is convinced that now is an excellent time to buy and hold Bitcoin (BTC). For the founder of Dfund, the right occasion to persuade the community to buy is precisely in bearish times as the ones we live today: 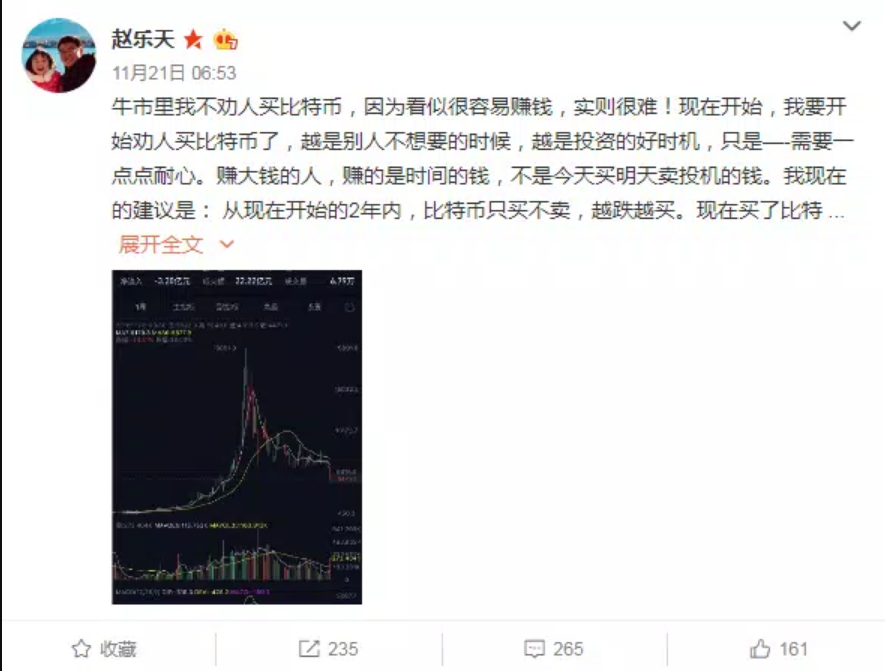 “In the bull market, I don’t persuade people to buy Bitcoin, because it seems easy to make quick money but in fact, it is not. Now I start to talk people into buying Bitcoin. Those who make truckloads of money do not have a very short-term speculative driven investment mindset. Perhaps Bitcoin price will continue to drop even lower, and it may fall up to 50 percent. But it is still worth steadily acquiring coins every time it hits a new low. You possibly see a yield of 100 to 200 percent in 3 years.”

Zhao Dong’s words have a high level of influence in the community. Mr. Zhao is one of the most important OTC traders in the country that currently ranks fourth in importance in terms of crypto trading volume worldwide.

Just after the previous post, Zhao Dong predicted a bull run in Bitcoin (BTC) prices that would lead it to reach historical highs between 50k and 100k by 2021.

Zhao Dong’s prediction joins the favorable forecasts of prominent influencers such as Tom Lee, John McAfee, Tim Draper, and Mike Novogratz, who have full confidence not only in price recovery but also in massive adoption of cryptocurrencies in the near future.

At the time of writing, Bitcoin (BTC) price is 4276 USD with a total market cap of 74.38B USD. The behavior after the bearish streak caused by the BCH Hash War led it to touch historical lows, however despite not having a robust apparent support, at first glance seems to have already achieved a brief recovery after Calvin Ayre recognized that the BSV proposal endorsed by Craig Wright had lost that confrontation ending this nefarious episode in the history of cryptocurrencies. 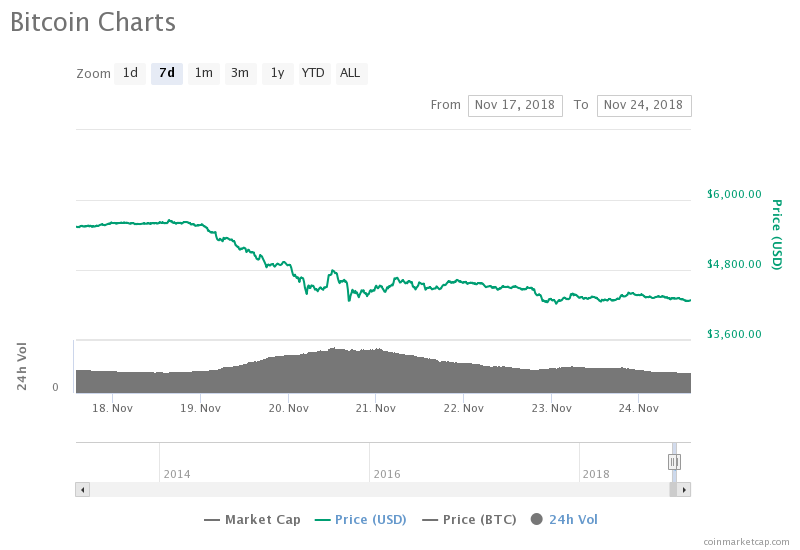