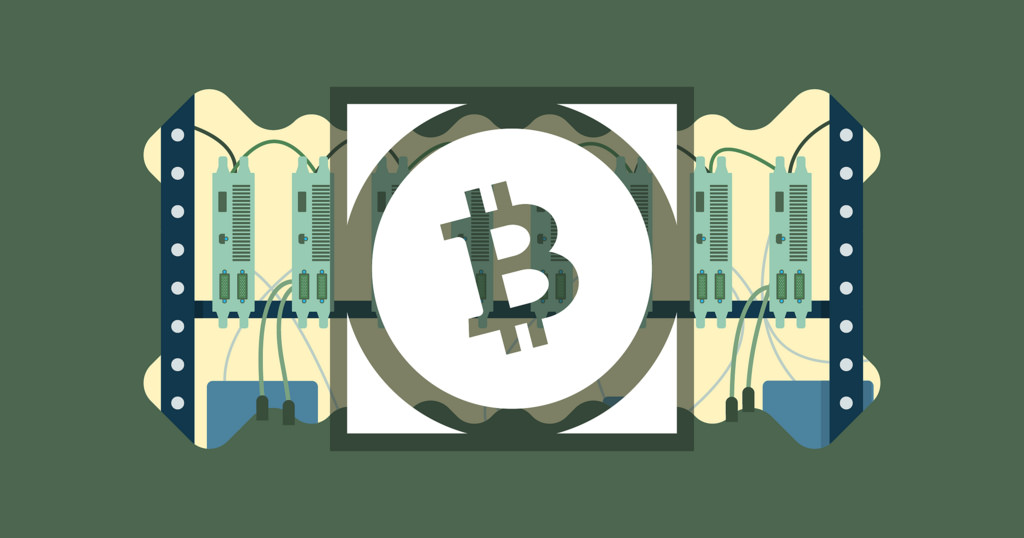 Recently, a high ranking official with the Bank of International Settlement said Bitcoin is an “evil spawn of a crisis”. In yet another incident, the General Manager of the same bank, Agustín Carstens, said Bitcoin was masquerading as a currency and it was a Ponzi scheme, a bubble and an environmental disaster. Lambasts didn’t stop there, the Head of Research and Economic Adviser said “Bitcoin masquerades as a currency” and that transactions made on blockchains are not 100 percent valid.

Read: 70% of Central Banks “Are Either Currently Working or Will Soon be Engaged in Work on CBDC.” BIS Report Says

All these discrediting terms and the central bank of central banks formed to foster cooperation has a report showing that central banks are proceeding cautiously and at a proof of concept stage as they plan for central bank backed digital currencies. Every crypto enthusiast out there will like to see central banks adopt crypto currencies. While the underlying DLT may not be necessarily block-based, the simple fact is that there is progress endorsing crypto.

Bitcoin Cash and Roger Ver in particular is agitating for development that would fast track BCH evolution as a medium of exchange eventually replacing fiat or political money. Aside from that the Bitcoin Cash Foundation is working on ways of creating a smart contracting layer—Worm Protocol based off the BCH blockchain. Before the remaining 60 percent of central banks get approval from their respective governments to proceed with experimentation, BCH would be miles ahead in use as settlement by more digital and brick and mortar stores.

All in all, there are more upsides than downsides possibilities as far as BCH trading is concerned. Supporting our stance is the consolidation—a probable accumulation—inside Dec 28 bullish bar and clear rejection of lower lows in the last 12 days of trading. As long as BCH is trading above $150, bulls have an upper hand and even yesterday’s tight range bear bar should offer buying opportunities for aggressive traders aiming at $230 or higher. 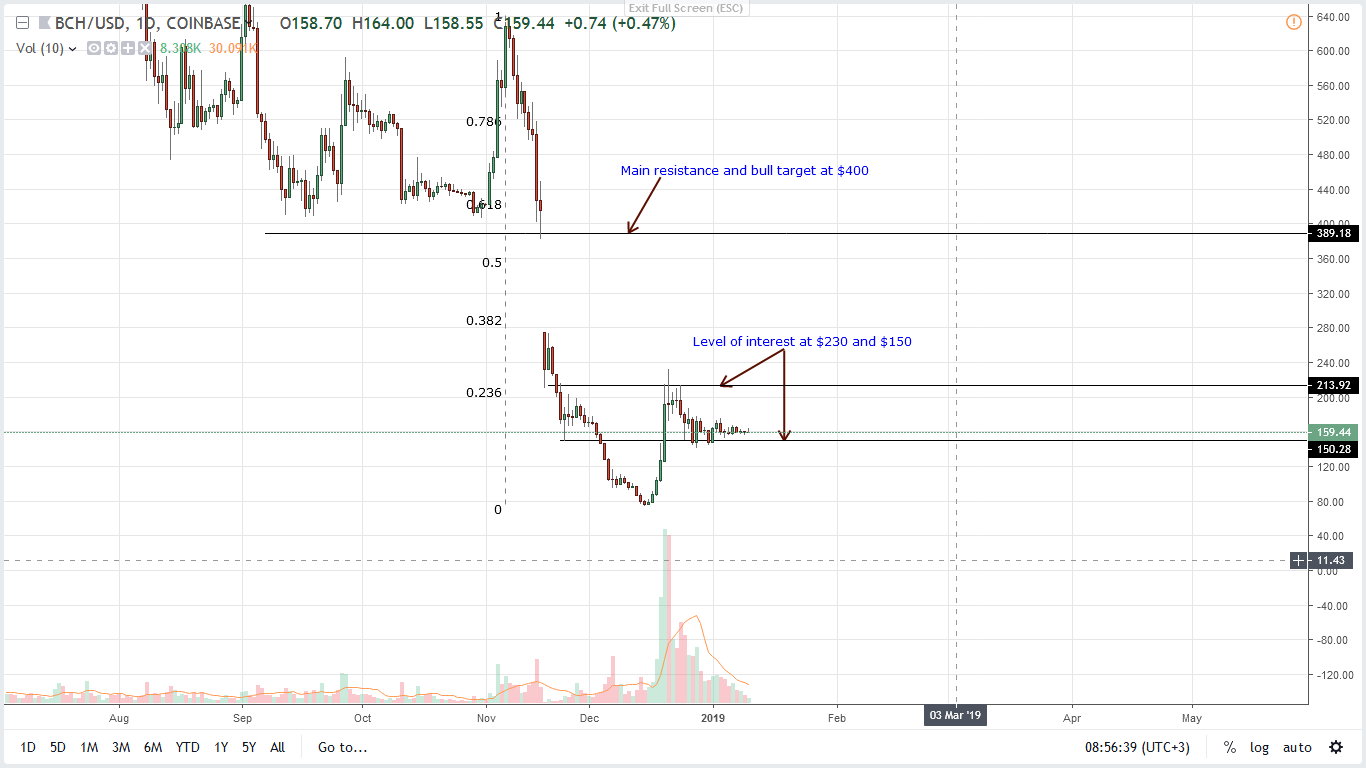 Although traders might be convinced that sellers are firmly in control and that recent stellar performance are corrections paving the way for sellers to crash asset prices, it largely depends on the reaction of traders at the $230 mark. That is at the 23.6 percent Fibonacci retracement level of Nov-Dec 2018 high low.

Everything else constant, BCH/USD is trading within a bull flag and in an uptrend in the short term. On a more upbeat preview, gains above $230 would open doors for $280 which would be rocket pads for $400—the main resistance and break out level. If not and prices tumble below Dec 28 minor support of $150, BCH prices may as well drop to $100 or $70.

Average transaction volumes at the time of press stands at 32k and nothing comparable to bulls of Dec 20 when volumes topped 232k. Since bull volumes are conspicuous and bears are yet to drive prices below our minor support at $150, buyers are in control—at least in the short term from a effect versus result point of view. The only time this position would be invalidated is if prices drop to $100 with propelling volumes exceeding $232k.

In light of these developments, our BCH/USD trading plan is dependent on $230. With favorable upsides, traders should set up their positions as follows: