Clem Chambers believes that Bitcoin is a logarithmic asset. The CEO of ADVFN, a private investor platform maintains that liner charts don’t tell the complete story about the top-ranked cryptocurrency.

Bitcoin is Still in a Bear Market

Looking at any BTC chart on the internet and it is immediately apparent that the asset is in a bear market. The current price of the crypto is $6,250 which is significantly less than the $19,500 valuation of mid-December 2017. In fact, today’s figures represent a 68 percent decline in BTC price over a period of seven months. 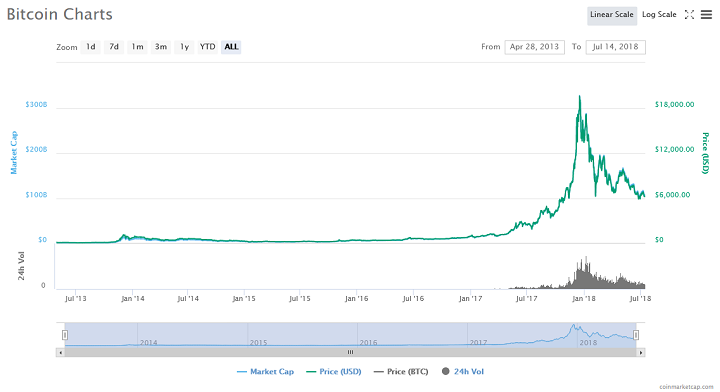 To get some idea of the severity of the BTC market, the Nasdaq peak to trough decline was 78 percent over a 31-month period between 2000 and 2002. The BTC price crash is almost at the same level as the Nasdaq crash but in a quarter of the time. Thus, it is accurate to state that the bearishness of the Bitcoin market exceeds that of the stock market crash of ’02.

According to Chambers, an examination of the Bitcoin logarithmic price chart shows an interesting phenomenon – one that isn’t immediately apparent using a linear graph. When the BTC price chart is plotted logarithmically, one finds that prices have been increasing by 26 percent per time period. To understand how profound this revelation is, Chambers says such logarithmic growth mirrors that of Warren Buffett’s investment portfolio. 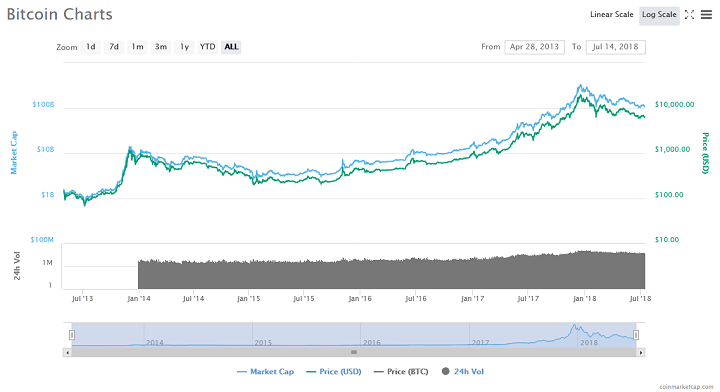 Based on this non-linearity of the BTC price growth, there is no telling how high its value can reach. Commenting on this observation, Chambers says:

This non-linearity is exciting because if this growth is to continue, bitcoin can really get back to $20,000 a coin, $200,000 a coin, $2 million a coin. Because if the market mechanism of the asset remains viral that is the way it spreads. 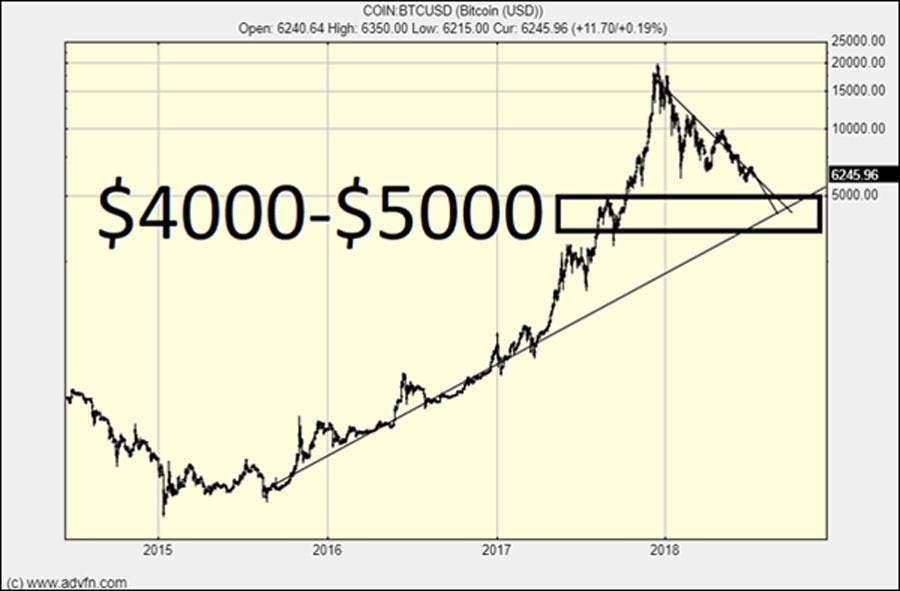 Chambers believes that the next price floor lies somewhere between $4,000 and $5,000. Try as they may, the bulls cannot provide a consistent push to a new high until the next price fall is reached. Chambers also predicts that another 1000 percent increase is not beyond the realm of possibility. However, short-term traders run the risk of incurring significant losses.

Recently, Chambers predicted that Bitcoin prices could slump to $2,000 before rising to $20,000.

What do you think about Clem Chambers analysis that BTC is a logarithmic asset? Do you believe BTC could ever reach six or seven figure sum valuations? Share your thoughts with us in the comment section below.