Bitcoin Might Not Exist Beyond the Next 100 Years, Says Nobel Laureate Economist 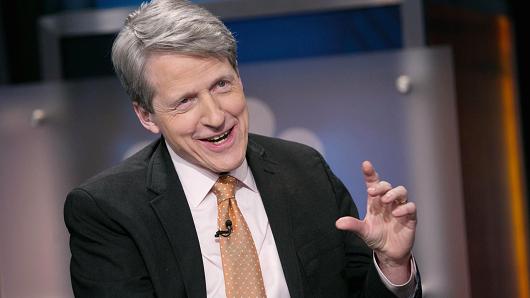 According to Yale University Economics Professor, Robert Shiller, Bitcoin (BTC) might not exist in the next 100 years. He made this prediction during a recent televised chat with CNBC. The 2013 Nobel Prize winner in Economics listed some scenarios that could prove fatal for the number one cryptocurrency. Despite his prediction, the prominent economist noted that it was hard to know the future of cryptocurrency with any certainty. Mainstream investors like Warren Buffet and Charlie have sounded the death knell for BTC on many occasions. Buffet once declared that the entire cryptocurrency market would come to a bad end.

There will have been many hard forks changing it and changing it. And, it’ll be a matter of dispute whether it exists or not.

There are over 40 recorded Bitcoin hard forks with Bitcoin Cash the most popular of the lot. A recent report showed poor performance for many of the forks. Shiller predicts that there will be more Bitcoin hard forks in the future leading to a congestion of the Bitcoin identity. Even if Satoshi Nakamoto’s creation exists in the year 2118, Shiller expects that it will go by a different name saying:

Bitcoin won’t look anything like it is today. It will have a different name if it exists.

The Bubble May Burst and Bitcoin Plummet to Zero

Shiller has in the past, referred to Bitcoin as a bubble. The BTC bubble argument is a popular notion for many mainstream finance experts who state that the market bears a resemblance to a typical bubble economy. According to Shiller, the Bitcoin hype lends itself more to group psychology than any actual economic metric. Thus, he predicts that BTC is doomed to be a failed currency experiment.

Speaking during the interview, Shiller identified a scenario where BTC could suffer a massive decline drawing parallels with the 2013 price plummet.

The one scenario is that something like what happened after 2013 when bitcoin topped $1,000 and then lost 80 percent of its value. It looked like bitcoin was fading away.

Not all Doom and Gloom for Bitcoin

In the past, Shiller has proven himself adept at identifying bubbles. He accurately called the dot-com and the housing bubbles years before they happened. Not even the Nobel Prize winner is confident of his Bitcoin doomsday prediction.

I don’t mean to be dismissive [but] it [Bitcoin] looks like a bubble. It’s getting people enthusiastic, and there are making different kinds of cryptocurrencies. There are thousands of them now. Something good may come out of it.

Do you agree that Bitcoin might not outlive the next 100 years? Do you think Bitcoin is the currency of the future? Keep the conversation going in the comment section below.