Another ‘nocoiner’ academic has lent his voice to the Bitcoin doomsday FUD, calling Bitcoin a “con.” Since the emergence of cryptocurrency into the public sphere, there has been no shortage of critics and unbelievers. From Warren Buffett to Charlie Munger, and even Bill Gates, numerous notable figures in the global business scene have thrashed virtual currencies.

Bitcoin Has No Fundamental Value

Gary Smith, an Economics professor at Pomona College, says that Bitcoin has no fundamental value. Berkshire Hathaway chief, Warren Buffett have made this same argument. Smith contends that as an investment, Bitcoin is a “bitcon.” The Econ professor based his declaration as follows:

The fundamental value of an investment is the amount you would be willing to pay to hold it forever and be satisfied by the cash it generates. Businesses that make profits have investment value. Bitcoins generate no cash and have no investment value. No sane person would buy bitcoins and say, ‘This is a great investment. I will never sell my bitcoins because I am happy just owning them.’

Smith sounds like someone who probably bought Bitcoin during the December 2017 high. There are many investors (hodlers) who have realized the long-term investment potential of the top-ranked cryptocurrency and have held on to their BTC for long. Permabulls like the Winklevoss twins and Tim Draper come to mind.

Smith makes another inaccurate assessment in his analysis when he says that BTC is not attractive when the price is in decline, unlike “real investments.” The reverse is the case. BTC is most attractive when prices find a new floor, it is called “buying the dip.” Bitcoin goes through repeated cycles on boom and bust. Anyone familiar with its history knows that 70 percent peak to trough dips aren’t new in the BTC market.

Bitcoin is a Modern Day ‘Nitvender’

After failing to make a convincing argument for the lack of value argument, Smith dredges up the bubble rhetoric, another battered Bitcoin criticism. He compares the top-ranked crypto to the usual suspects like the Tulipmania, the dot-com bubble, and curiously, the South Sea Bubble. In what is a reference to the South Sea Bubble, Smith called Bitcoin the modern-day ‘nitvender.’ 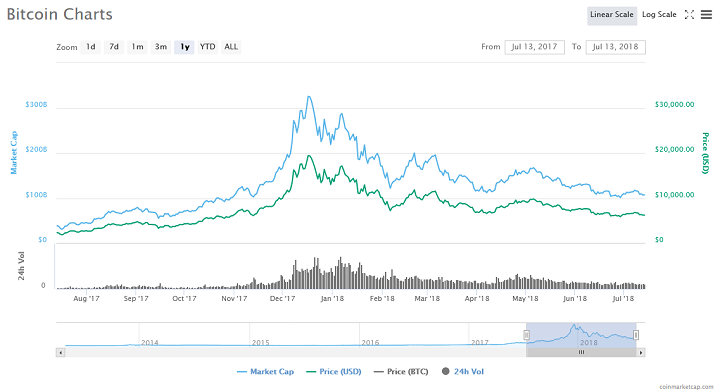 What makes the South Sea Bubble particularly interesting is that it encompasses multiple waves of scam offerings that were popular in 16th-century Britain. Sir Isaac Newton famously fell victim for one of the scams, losing £20,000 in the process. Smith argues that the price of Bitcoin has no basis in any economic fundamentals just like the South sea nitvender.

Smith ignores the finite amount of the total Bitcoin supply in his zero-sum crypto Armageddon. BTC is also divisible up to eight decimal points meaning there are ten million place values to which economic value can be assigned depending on the total market cap when all 21 million BTC have been mined.

The truth is that folks like Smith fail to understand that tokenomics don’t bend to the crooked scales of mainstream economics. Mathematically speaking, BTC isn’t a zero-sum game; thus, it isn’t a Ponzi scheme.

Do you agree with Gary Smith’s analysis or is he another ‘nocoiner’ who is ignorant of how Bitcoin works? Keep the conversation going in the comment section below.