Bitcoin Price Predictions: Take them With a Pinch of Salt, Says Peter Tchir 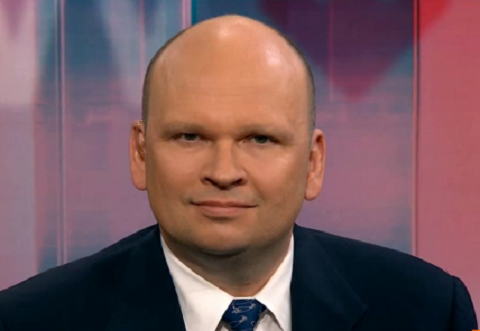 Not a day goes by without a self-proclaimed expert dropping a Bitcoin price prediction. The “cryptosphere” is filled with a multitude of forecasts ranging from going to zero or reaching a million dollars. Many of these predictions have no analytical backing. Even the ones that do are tenuous at best, trying to explain a market shrouded in the unknown.

For macroeconomist, Peter Tchir, many of these Bitcoin predictions are unfounded. Writing in a recent article for Forbes, he examined the hype surrounding BTC price forecasts from notable figures in the cryptocurrency world as well as in mainstream finance. According to Tchir, many of them do not provide explanations for the price trajectories of cryptocurrencies.

After the astronomic price run of 2017 that saw many cryptos set new all-time highs, pundits seemed eager to contribute to the nascent virtual currency narrative by providing “guesstimates” of future price levels. John McAfee, Tom Lee, and Arthur Hayes are some of the cryptocurrency enthusiasts who have forecasted a new all-time BTC high in the coming months and years.

Particularly perplexing for Tchir is the fact that these predictions aren’t accompanied by any comprehensive analysis that can be examined to ascertain the veracity of the conclusions reached. The macroeconomist identifies the situation as a deal-breaker as far as the credibility of such forecasts is concerned.

Most Cryptocurrency Pundits are Working an Angle

Tchir surmised that many of these assertions about the future price of the asset bore ulterior motives behind them. Using Hayes’ recent remark of Bitcoin reaching $50,000 as an example, Tchir also declared that the BitMEX CEO’s position on the matter was based on “strong incentives to see crypto thrive.”

Bitcoin permabulls aren’t the only ones forecasting BTC prices with dogmatic fervor, permabears are also in on it. For every hopeful saying the crypto will end the year on a new high, another naysayer is saying BTC will crash. These BTC death knells have been around since the awakening of the public’s consciousness to the cryptocurrency market. Many of these crypto unbelievers hold significant stakes in mainstream financial markets that are facing threats from the cryptocurrency revolution. It is no surprise to see them espousing negative views.

The Media is After Cheap Clicks

BTC price predictions exist because there are platforms that report on them, many of whom do so without any journalistic due diligence. Tchir observed correctly that such a situation is uncommon in mainstream finance, saying:

There are a lot of rules surrounding announcements and prognostications from CEO’s, and even pundits, in the security markets.  Shouldn’t we be doing a better job on crypto?

Every price prediction by an analyst ought to be followed by a history of that person’s cryptocurrency inclinations. When a permabear sounds the next crypto doom, readers should know that he/she has been doing that since when Bitcoin was $100.

The market needs standards not only in the trading/business realm but in the way news is reported as well. The time for cheap clicks is over; the cryptocurrency news space needs more substance.

Do you attach any credibility to any of the many Bitcoin price predictions floating around? What is your end-of-year BTC price forecast? Let us know in the comment section below