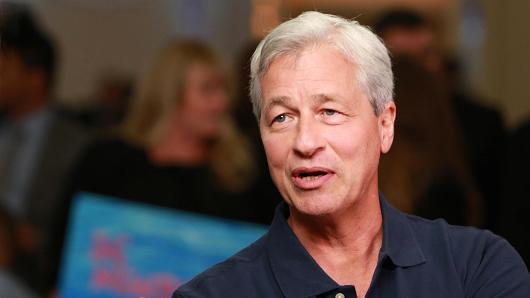 Bitcoin is a Scheme and “Fraud”: Jamie Dimon BTC Criticism

Jamie Dimon, the chief executive of JP Morgan Chase – has put on another strong support on his previous criticism towards bitcoin, saying that the crytocurrency leader is a “fraud” and he would choose firing anybody who would trade it.

During an even hosted by Barclays, based on the information from Bloomberg and CNBC J Dimon did announce out his feelings for Bitcoin. In November 2015, the long-time critic of the digital currency, stated that Bitcoin will not be able to survive when it was trading at around $400.

“I’m not saying ‘go short bitcoin and sell $100,000 of bitcoin before it goes down,” he said. “This is not advice of what to do. My daughter bought bitcoin, it went up and now she thinks she’s a genius.”

He hoisted up for remark those that have said the cryptocurrency in the market is at a bubble territory. Dimon was quoted saying:

“It’s worse than tulip bulbs. It won’t end well. Someone is going to get killed.”

During the same appearance he did add up that Bitcoin will “be blowing up” and that he would find stupid anybody trading it and terminate them.

After the news spread, based on the data from Bloomberg, many have noticed a drop in bitcoin price. Tanking the price value is still the fear that China will move to close domestic virtual currency exchanges.