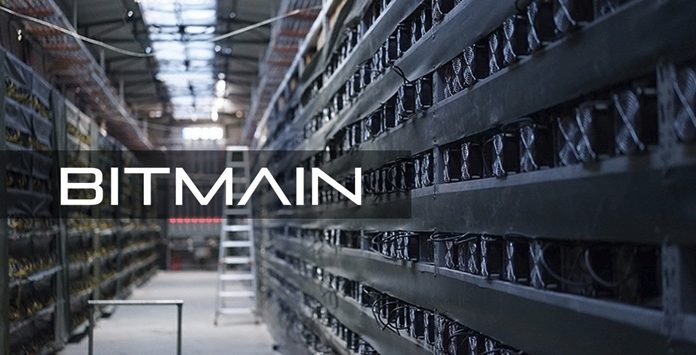 The Crypto winter seems to near its end, and many people are optimistic and bullish about the price of Bitcoin. But this excitement is not just a matter of traders and enthusiasts, the mining community is also optimistic, and not only do they base their motivation on technical analysis, but they have a charter up their sleeve: The Bitcoin halving.

This event will result in a 50% reduction in the tokens generated by the Bitcoin blockchain for each new block uploaded to the network. Should the behavior of the market mirror what happened in the previous halvings, it is very possible that a decrease in the circulating Bitcoins leads to a new bull run.

Bitmain has played a fundamental role in the development of the Bitcoin ecosystem. This company manufactures most of the miners available on the market while also maintaining the pools with the most hash power in the Bitcoin (and BCH) ecosystem.

After the Bad Decision to Support BCH, the BTC Halving Could “Save” Bitmain

The corporation had a rough season after the poor decisions taken by Jihan Wu, who supported Bitcoin Cash (and the ABC version of it during the BCH Hash War) and guided the company’s efforts to promote this altcoin, resulting in a failure that led to his replacement as CEO.

However, the Bitmain team expects to return to its former glory in 2020, according to a report published by the South China Morning Post:

“Hope for Bitmain lies in the next bitcoin halving in May 2020, a preconfigured algorithmic event that cuts the reward for mining bitcoin in half every four years or so and is designed to cap the digital money’s supply. If history is any guide, bitcoin typically rallies in the lead-up to a halving, spurring demand for the specialized computers used by hobbyists or businesses to validate transactions and earn new coins”.

The company recently announced the release of a fresh line of miners, which surpass the performance of any other Bitmain ASIC ever produced. Despite the limited profitability because of the bearish markets, Bitmain trusts not only in the upcoming bullrun per se but in the stimulus that this event can give to the mining industry, promoting sales of their products.

According to an interview with a Bitmain employee, the mining giant desires to replicate past strategies to achieve positive results:

“Bitmain is now betting that its next flagship product scheduled to be released by the end of this year will turn out to be a winner in the mining gear market, capturing an expected rally, according to a company source with knowledge of the plan

It was the same strategy Bitmain pulled off in 2016, the person said, when the company launched its Antminer S9 model on the eve of bitcoin’s last halving. In the following year, the S9 accounted for an estimated 60 percent of shipments among all bitcoin mining hardware.”

Despite Bitmain‘s vision, there is an important part of the community that doesn’t share the same enthusiasm. Blockstream’s Samson Mow is one of the guys who are on the skeptical camp. Recently he tweeted that halving is unlikely to help Bitmain due to the low profitability of its new line of miners: