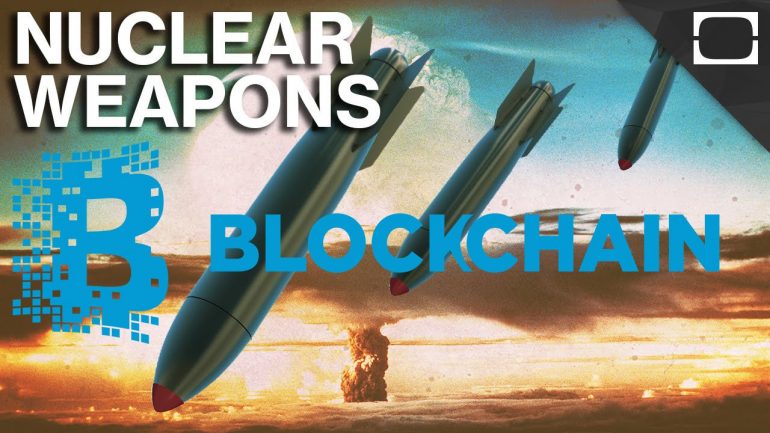 Blockchain Technology on Nuclear Defense in the Future!

A Harvard College researcher – Aaron Arnold, believes that the technology of blockchain ledgers could and should be used to prevent illicit trade of nuclear materials in a global scale. This comment has been declared on the writing: “The Bulletin of Atomic Scienctist.“

Currently, one of the main issues in international nuclear non-proliferation efforts is the patchwork nature of supply-side sanctions. In other words, global enforcement mechanisms are loose enough that nations like North Korea can skirt sanctions and attain nuclear supplies.

The argument in which Arnold’s is supporting at is that smart contracts associated with the blockchain ledgers can find use to audit and create tamper-proof, international logistical orders pertaining to the nuclear resources.

“Blockchain technologies have the potential to address some of these falsification issues,” Arnold wrote. “In a given blockchain network of approved parties, for example, smart contracts can promote transparency and prevent export fraud.”

He added, “For example, in a blockchain system that includes buyers, sellers, shippers, and insurers, if a good is prohibited from re-export to a third-country, the shipper would not be able to receive payment if any leg of the transaction was altered.”

The best possible ‘future-come out’ when it come to nuclear supplying would be that all side are under guaranteed control by blockchain ledgers. This would deny the possibility of countries like lets say North Korea from getting their hands on untraceable nuclear supply which would follow with no repercussions.

While this news has no direct implications for current cryptocurrency prices, it’s a development that shows just how ubiquitous cryptocurrencies’ associated blockchain tech can become across countless industries in the years ahead.

Indeed, since blockchain tech undergirds all cryptocurrencies, the growing amount of use-cases for blockchain ledgersis certainly not bad news for Bitcoin’s and Ethereum’s prices over the long-term.