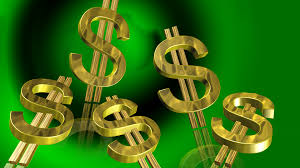 Brad Garlinghouse: Ripple Is a Reliable Service Especially for SMEs

Small to medium enterprises (SMEs) are the strongest pillar for both developed and developing economies around the world. Additionally, they have been at the center of international payments. As such, they need products and services that would make the remittance process as frictionless as possible. Tired of exorbitant charges and high latency, Ripple is forwarding a reliable, blockchain based platform that is cheap and timely.

According to Brad Garlinghouse, the CEO of Ripple, small to medium enterprises would be the biggest beneficiary if they tapped the power of the Ripple network to transfer and or receive funds across borders. In a tweet, Garlinghouse said:

“Ripple provides a smoother, more reliable service than the legacy system, and makes an impact on their bottom line. For SMEs in particular, that impact is huge.”

Ripple Is Transforming The Industry

TransferGo, one of the SMEs that has been working with Ripple since last year, expressed their excitement in “transforming the industry.” The SME specializes in providing cross-border payments and boasts that the transfers, with Ripple, are 90 percent cheaper and takes less than 30 minutes. In February, the Head of Operations at TransferGo, Tomas Snitka, noted:

“Our vision is to become a global real-time payments company…players who are thinking about this will get left behind. That’s why we see Ripple as a strategic partner moving forward.”

Daumantas Dvilinskas, CEO and founder, TransferGo, acknowledged that Ripple has helped in providing “a real-time communication” consequently allowing its customers to initiate instant international payments. He went on to say:

“We are excited to transform the industry together with our friends Ripple. We are just getting started.”

Apart from TransferGo, MercuryFX Ltd, another firm facilitating cross-border payments, has also praised Ripple for helping it to be part of the future. According to the company’s CEO, Alastair Constance, Ripple has helped it unlock the market, enabling it to “trade freely at the optimized speeds and costs.”

At the beginning of the year, MercuryFX Ltd transferred a record 3.5K Euros from the United Kingdom to Mexico in seconds. Its UK-based customer, Mustard Foods, saved 31 hours and 79 Euros on that single transaction. At the same time, a user saved cash after selling a house in Australia. TransferGo and MercuryFX are just part of SMEs that drove the global remittance to more than $600 billion in 2018. Notably, SMEs employ a solid 60 percent of the population in both emerging and developed economies.

Ripple In Over 40 Countries, SME Growth, And Multi-Hop

To bring reliable services closer to those who need them most, Ripple has spread its wings to over 40 countries located in Asia, Europe, Latin America, and Africa. What’s more, last year, SMEs using RippleNet facilitated the transfer of $2 billion. That’s not all. New businesses continue to join the network.

For example, InstaREM and RationalFX are enabling international payments from the UK to Vietnam, Indonesia, Sri Lanka, etc., Remitr and FlutterWave are opening up a payment corridor connecting Nigeria and Canada while BeeTech and InstaREM are interfacing Brazil with Germany, Portugal, France, Italy, and Spain.

Asian countries, being among the worst hit by expensive international payments, are increasingly tapping into Ripple. For instance, Multi-hop, a product built on RippleNet to eliminate the shortcomings of traditional financial institutions, is focusing beyond the speed in transactions to include the possibility for payments to move across borders even without bilateral agreements.

Multi-hop will accommodate banks in the ASEAN (Association of South Eastern Asian Nations) region. Siam Commercial Bank in Thailand partnered with Ripple to drive Multi-hop to enable SMEs to send and or receive funds cheaply across borders.