HTC Won’t Accept Your Fiat, Only Bitcoin and Ethereum for the Exodus 1 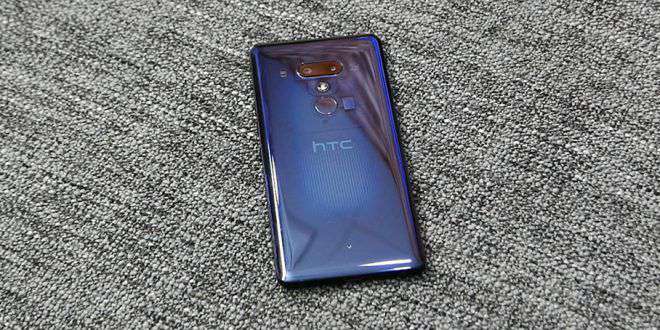 Top phone manufacturer, HTC, announced that the company would only accept Bitcoin and Ethereum from intending buyers. This announcement comes on the heels of its recent launch.

The Taiwanese electronics manufacturer, HTC, has launched its blockchain-powered phone, Exodus 1, on October 22 (Tuesday). According to CNBC, the phone manufacturer, however, declared that customers can only purchase the phone with Bitcoin (BTC) and Ethereum (ETH).

The HTC company created a built-in wallet, Zion, enabling the Exodus 1 act as a hardware virtual currency wallet. The new phone, however, has a secure enclave that is apart from the Android OS. This ensures that users’ digital currency is secured.

According to the company’s blockchain chief officer, Phil Chen, the decision to keep both the secure enclave and Android OS separate stems from the insecurity and centralized nature of the latter. Chen further claimed that users’ virtual currency would be open to attack if stored on Android.

The company executive commenting on the importance of users controlling their keys added:

The Taiwanese company also took to its HTC Exodus Twitter handle to call for partnership with developers and enthusiasts.

Furthermore, Forbes reports that the new blockchain phone would be present in thirty-four countries, including Singapore, the U.S., Hong Kong, and the UK. China is, however, excluded from the list.

Smartphones are beginning to move away from the usual to embrace something new, dynamic, and volatile: blockchain technology and virtual currency.

In May, HTC broke the news of its plans to introduce a new decentralized phone, called Exodus. According to the company at the time, its blockchain phone would support top virtual currencies like Bitcoin and Ethereum.

The Taiwan-based electronics manufacturer later stated that its blockchain smartphone would debut later in the year. Furthermore, the company welcomed Litecoin (LTC) founder, Charlie Lee, as an advisor on HTC Exodus.

HTC, however, postponed its earlier Q3 release date to October 22nd but didn’t reveal the specifications of its new phone.

The Taiwan-based company, is, however, not the only phone manufacturer launching a decentralized smartphone. Israeli smartphone manufacturer, Sirin Labs, also introduced a blockchain-powered phone, Finney phone. The phone comes with a dual screen, runs on the Sirin operating system, and sold for $1000.