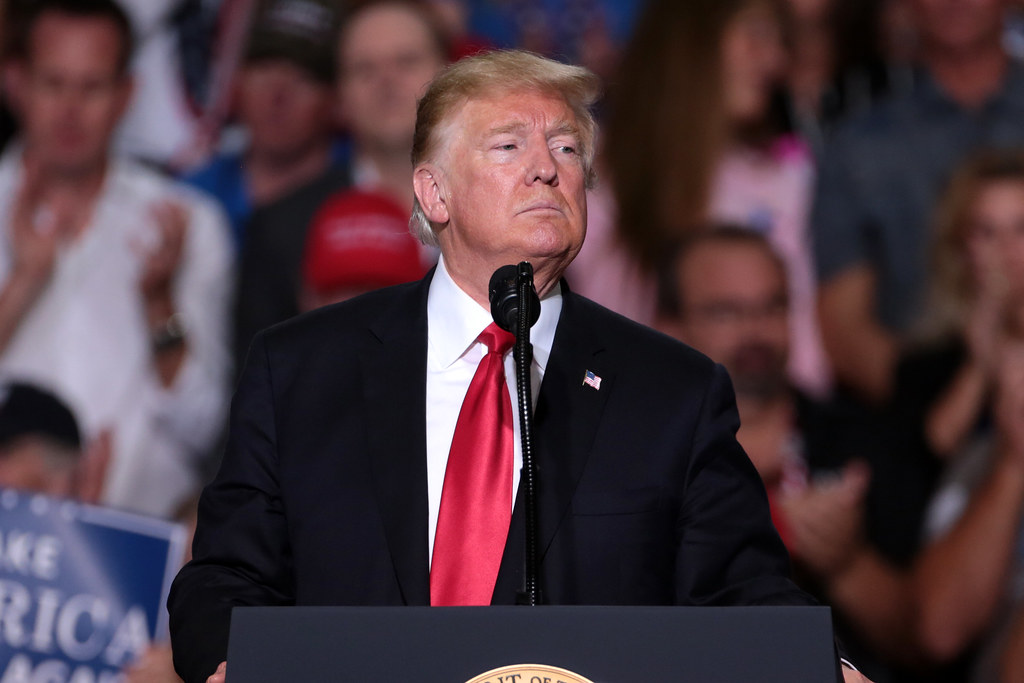 The co-founder of Tron, Justin Sun, has invited the president of the United States, Donald Trump, for lunch where he would interact with notable figures in the cryptocurrency space and perhaps try to convince Warren Buffet otherwise.

“I am not a fan of Bitcoin and other cryptocurrencies which are not money, and whose value is highly volatile and based on thin air. Unregulated crypto assets can facilitate unlawful behavior, including drug trade and other illegal activities.”

In his reply, Sun invited Trump to have lunch with Warren Buffett among other leaders from both traditional and crypto circles.

“Mr. President, you are misled by fake news. Bitcoin & blockchain happens to be the best chance for the US! I’d love to invite you to have lunch with crypto leaders along with Warren Buffett on July 25. I guarantee you after this lunch; nobody will know crypto more than you.”

Not Too Old To Learn

The crypto community rallied around Justin’s suggestion noting that the president is “never too old to learn new things” even though Trump is 44 years older than Justin.

Unfortunately, not everyone is on Sun’s side. Some agree with Trump, arguing that “crypto and no regulations is pretty bullshit. Like how can an exchange lose 40M a month ago and somehow everyone has moved on? This is peoples’ money we’re talking about. If it was a bank, we’d still be talking about it.”

Apart from taking on Bitcoin, Trump had bashed Facebook’s crypto project, Libra. In his view, Facebook will need to seek a banking charter before it launches its Libra token.

“If Facebook and other companies want to become a bank, they must seek a new banking charter and become subject to all banking regulations.”

Central Bank Chiefs Are Against Libra

Interestingly, since details about Libra were made public, notable central bank heads have been against Facebook’s move to develop a virtual currency. For example, the head of the Federal Reserve, Jerome Powell, said that there are “serious concerns” about Libra that may necessitate a probe into the project.

Some of Jerome’s concerns included Libra being used to facilitate money laundering, how it would impact the financial sector, how it would tackle privacy, and how Facebook would ensure consumers are protected.

Other central bank chiefs and government officials who have criticized Facebook’s Libra project include Mark Carney, the governor of the Bank of England and Bruno Le Maire, France’s Finance Minister.

Bitcoin Is a Store of Value

Luckily, even though Powell has some reservations concerning Facebook’s crypto plans, he holds Bitcoin with the same respect as Gold.

While speaking before the Senate Banking Committee, Powell said that Bitcoin is being less utilized as a form of money and heavily being used “as an alternative to gold.”

This is not the first time the Fed chair is campaigning for Bitcoin. In the past, he has been alluding that the United States should cut ties with gold and embrace Bitcoin.

However, his Bitcoin support was interpreted differently in the crypto space. For instance, a Twitter user said:

“Fed Chair says Bitcoin is a store of value, and will never go back to gold standard – he is literally saying drop gold – he should be in [the] drop gold campaign commercial.”

Others urged Trump to fire Powell since the US is “headed towards bankruptcy,” and “can’t prolong the inevitable. Buy BTC America. We broke.”