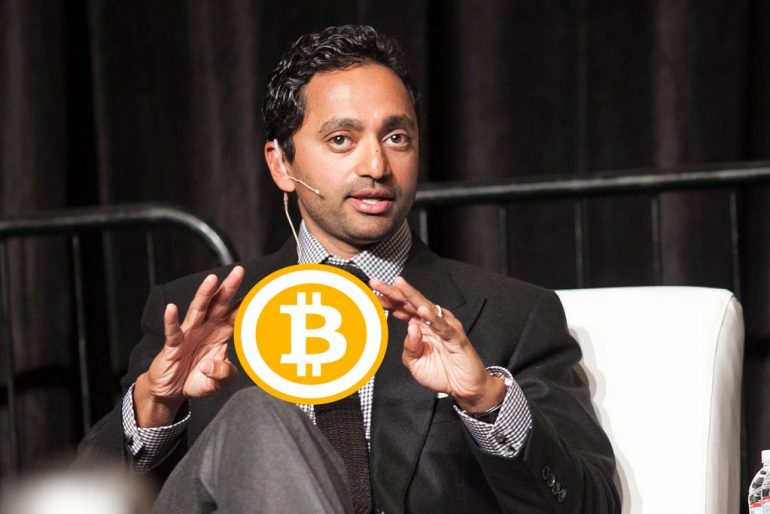 Millionaire & Business Example: “Bitcoin is Unstoppable” and Should Find Best Use

Chamath Palihapitiya – Venture capitalist and Facebook millionaire, well known bitcoin investor and supporter of cryptocurrencies commented to Bloomberg back in 2013, that he is investing in bitcoin and for his eyes its a technology with a promising future.

In 2013 it was declared that the millionaire owns more than $5 million worth in virtual currencies and planning to buy in even more.

Reiterating my belief about $BTC. It's the ultimate insurance policy against autocracy, currency curbs and other forms of value destruction.

Now, at the Delivering Alpha conference in an interview for CNBC, he noted out that that the tech stocks in general and bitcoin has got his full support and confidence. Very optimistic on the matter, the venture capitalist pointed out that BTC cannot be controlled by anybody or organization:

“Nobody can stop it because nobody can control it. The idea that the government can put curbs on this is actually pretty specious.”

The venture capitalist’s words come one week after JP Morgan’s chief executive Jamie Dimon took another shot at bitcoin. Earlier this month, the banker had stated that the cryptocurrency was “a fraud”, and added that he would fire any employee trading in the cryptocurrency.

In his second shot at the cryptocurrency, the banker stated that it was “worth nothing,” and that he believed governments would eventually crack down on cryptocurrencies and those trading them.

However, Palihapitiya commented on Dimon’s thoughts about bitcoin that the statement “probably doesn’t mean much in the grand scheme of things.”

Agreeing in one way to the venture capitalist is even Alex Gurevich, ex-JPMorgan executiv and head global macro:

“Jamie, you’re a great boss and the greatest of all-time (GOAT) bank CEO. You’re not a trader or tech entrepreneur. Please, STFU about trading bitcoin.”

When asked if the if the IRS could one day take 50% of bitcoin’s market cap just by trying to get involved and control where the money is going, who is sending it, and who is receiving it, the venture capitalist stated that the answer to the question could only be given if there was a place to go to ask it. Palihapitiya further added that bitcoin isn’t a company or an entity controlled by a few people.

He further added that the cryptocurrency is uncontrollable and stated that, rather than debate how bitcoin is doing, or its use for nefarious purposes, the discussion should revolve around how to put it to better use.

When it comes to regulation and Governments taking control and stopping the whole subject (bitcoin) down he said:

“genie is out of the bottle”, and that “now the real question is how can we productively use it to solve some of society’s issues around the financial services infrastructure.”