Ripple remains focused on evolving as a company with a better product every day and does not let statements from competitors such as SWIFT and JP Morgan distract them from their goal. 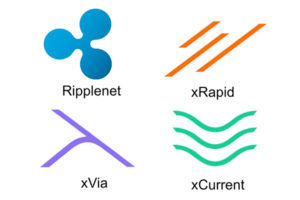 In an announcement posted on its official website on 13 February 2019, Ripple, the company behind the popular XRP token and other blockchain-based solutions such as xRapid, xCurrent, and xVia, unveiled the release of an update to its XRP Ledger.

The product presented by Ripple is a decentralized cryptographic ledger that runs on a P2P network allowing users to store their tokens and perform transactions with the ability to resist multiple censorship attacks and optimize communication between peers.

Version 1.2.0 fixes several bugs and presents a significant number of optimizations, including the MultisignReserve Amendment, fixTakerDryOfferRemoval and fix1578. The company comments that it expects these amendments to be activated by February 27.

According to Ripple’s announcement, backward compatibility is not planned, so those who have not updated the XRP Ledger version will lose certain benefits of 1.2.0 such as:

This is because the servers will become “amendment blocked” after February 27th.

One of the advantages of the MultisignReserve Amendment is that it reduces the reserve required to associate a list of signatories, making the features more accessible and efficient.

The MultiSign Method allows users to Co-Handle the administration of funds through a combination of several private keys. This way not only one person would have the absolute monopoly of an account, but it could be managed between several people with different levels of privileges.

Until now the announcement did not have a significant impact on the price of XRP; however, some users comment that perhaps the effect could be seen on a date close to February 27.

At the time of writing this article, XRP remains solid in third place in the worldwide crypto ranking with a total market cap of 12.36Bn USD, and a price per token of 0.3 USD according to coinpricewatch data.