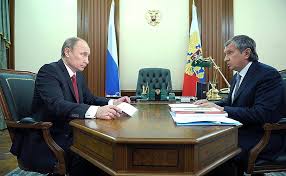 Russia’s Rosneft Could Accept Cryptocurrencies As A Means Of Payment

Igor Sechin, the head of the Russian oil conglomerate Rosneft, has hinted that his company might start to pay for oil using cryptocurrencies. Sechin mentioned that there is an increasing global awareness and acceptance of crypto and many Silicon Valley Giants have begun to explore their applications in the energy industry.

Speaking at the St. Petersburg International Economic Forum, he additionally commented that Facebook’s stable coin had the potential of acting as an oil trading crypto. He, however, noted that most digital assets still had substantial developmental issues ahead of them and hurdles that they need overcome if they are to onboard energy giants.

Sechin further expounded on these issues by saying:

Russia Plans To Depose the USD

“Today Russia’s big oil boss Igor Sechin (of Rosneft) has said that it’d be possible to accept cryptocurrencies as a mean of payment for oil dispatches. In January Russia’s gonna accumulate Bitcoins for international trade to avoid U.S. sanctions”.

Ginko has made what seemed to be outrageous statements in the past to the effect that Russia was accumulating Bitcoin worth billions of dollars.  He had earlier in the year mentioned that the Kremlin had a plan to replace its USD reserves with the world’s most prized asset, to nullify the effects of any US sanctions on the Russian economy.

The Russian economist went on saying his country is going crypto to ensure that its national interests are protected if and when the US decides to leverage the power of the USD against Russian trade interests.

Tons of evidence suggests that Vladimir Putin has been very friendly towards digital assets in the past few months. As an illustration, Putin has set aside a budget that will fund the exploration of blockchain and AI Technology and pursue their best uses for Russia and for the world.

The Russian Duma has also been grappling with the confusing topic of crypto regulation while the country’s private sector heavily pursues an oil-backed crypto token. Igor Yusufov, the head of the investment corporation, Energia, is behind the oil-backed cryptocurrency move. He was at one time the Russian minister for energy, so he knows best where the shoe pinches as far as the oil industry and US sanctions effects on it are concerned.

Yusufov believes that a well-built digital currency could rescue the Russian oil industry from punitive US political decisions. There is, of course, the lingering concern that the token will go the way of the Petro. The Petro has failed the acceptance test by Venezuela’s trading partners. Additionally, the Venezuelans themselves, prefer Bitcoin to the national digital currencies, due to the fear of the Petro’ centralized state.