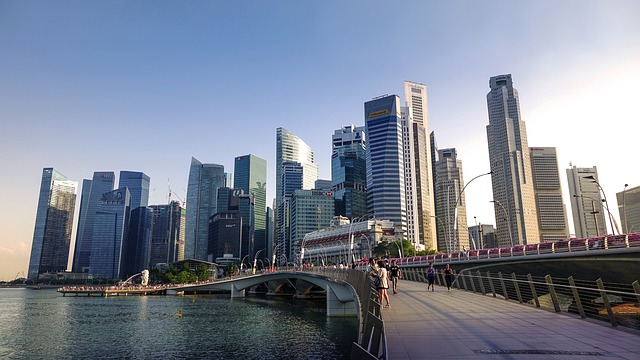 Singapore to Simplify Access to Banking Services for Cryptocurrency Firms

Bridging the Divide Between Cryptocurrency and Financial Institutions

The Monetary Authority of Singapore is willing to help virtual currency firms having difficulty opening bank accounts. However, the financial regulatory body stated it wouldn’t slacken its rules to entice other digital currency startups to Singapore.

According to Bloomberg, the Asian country has tried to take steps to upgrade its financial sector to provide jobs and expand its company. But the government is treading carefully in dealing with virtual currency exchanges and firms. Crypto firms in the country lament on the absence of a regulatory framework that hampers them from opening local bank accounts.

Commenting on the glitch encountered by digital currency firms, Ravi Menon, Managing Director of the Monetary Authority of Singapore, said:

We should not be trying to create an extremely lax regulatory environment in order to attract that kind of business. What we are trying to do is to bring the banks and cryptocurrency fintech startups together to see if there is some understanding they can reach.

Menon further said that because of the nature of cryptocurrencies, banks would need methods to establish some form of authenticity. Also, the Managing director said that all parties concerned would work try to settle the problem.

Menon, however, justified the attitude of local banks, saying that they need to apply caution because of the obscurity associated with cryptocurrency. The Managing Director added that the regulatory body is concerned with protecting investors and preventing money laundering when dealing with the cryptocurrency industry.

Despite its firm regulatory framework, Singapore is often seen as a haven for several digital currency startups. The Asian country is among the top three largest ICO launch pads behind U.S. and Switzerland.

Also, behemoth cryptocurrency exchange, Binance, also announced its entrance into the Asian country. The company further said that a fiat-crypto exchange would be operational in Singapore on September 18.

The country also strives to be at the forefront of cryptocurrency activities. Recently,  Crypto.com, a Hong Kong-based blockchain startup, announced the introduction of Asia’s first cryptocurrency Visa prepaid card, starting with Singapore. Furthermore, the country expressed its desire to be the first country to accept virtual currency and DLTs fully.

[Edit]: This article initially referred to the Crypto.com Visa card as a debit card. The article has been updated to correctly call it a prepaid card.