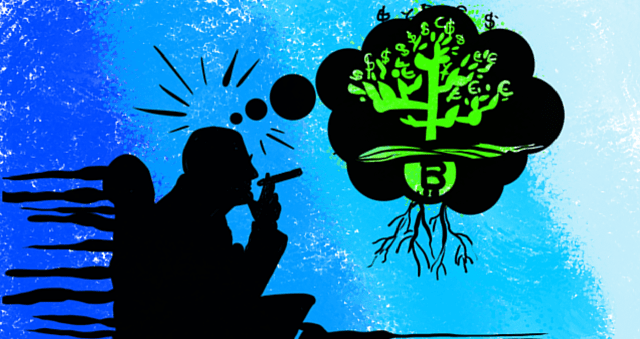 Stupid of me: Last year I bought those sneakers $100 instead of investing in Bitcoin!?

Bitcoin’s dramatic rise has left the other 90’s bubbles far behind proving that it is very different in its growth. The cryptocurrency achieved a new high of $4880 this Friday.
Investors are surely cheering with excitement over this epic rise in the value of the currency.

A year ago the price of Bitcoin was $572 per token. Any investor that decided to invest 100$ at that time would have it’s value increased to about $850 today.

Still, many analysts with investment banking backgrounds are expecting the bubble to burst at some near point in the future, before rising once more.

While it’s fun and exciting to watch Bitcoin’s rapid gains experts suggest that ordinary people stay away from this investment.

“It’s really, really not worth it for the ordinary consumer,” Matthew Elbeck, a professor of marketing at Troy University told MONEY earlier this year.

On the other hand, there are Bitcoin supporters that expect the currency to have more longevity and rise further. This hype looks like just the beginning, as Charlie Shrem, entrepreneur and founder of the Bitcoin Foundation recently said that Bitcoin is cheap at the current price. He suggested that there will only be 21 million Bitcoin in the future. Anything below the price of $100,000 is undervaluing the currency.