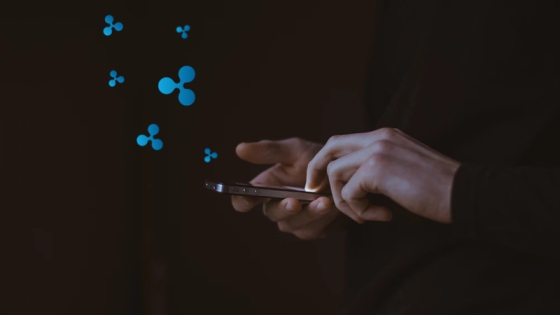 The New XRP TipBot Mobile App Goes Live As XRP Scores Two More Listings – Could This Be A Trigger?

The now popular crypto XRP is set for big things to come as the new improved XRP TipBot Mobile App goes live and hits the market with a bang. The app was created and released by a team of independent developers.

The main goal of the app is to accommodate the XRP TipBot in it. With the TipBot, users only need to scan a simple QR code to authorize a straight-forward transaction to send up to about 20 XRP. The app can run on both iOS and Android devices. Coil is the entity facilitating the payment system.

To make access to the Mobile App easier, the team made sure to make it available both on Apple AppStore and Google Play Store. As such, anyone with an iOS or Android device can download and use the app with a few clicks of a button. However, this new version should not be confused with the old XRP TipBot that only allows sending of smaller amounts of the crypto tokens by its users on Twitter, Reddit, and Discord.

XRP Gets On New Exchanges

While this happens, XRP continues to attract listings on various popular crypto exchanges and trading platforms across the world. The cryptocurrency, which stands as the world’s 3rd largest by market cap, has now attracted listings on two new exchange platforms. The first is OmniTrade, a Brazilian exchange that wants to pair XRP with Bitcoin (BTC), Ethereum (ETH), and the Brazilian Real. The second is Yobit. On its part, Yobit aims to pair XRP with Ethereum and Bitcoin.

What Does This Mean For The Market?

The thing about the crypto market is that it’s a volatile environment where any small development can create a ripple effect and greatly affect the whole market. That’s usually the case especially regarding the top cryptos. For example, a price direction in Bitcoin tends to drag most of the rest of the market with it.

However, a crypto token like XRP may not have garnered enough market power to pull others with it, but positive developments within its market space are sure to create an impact on its standing. At the moment, the whole crypto market seems to be experiencing some turbulence that makes it look stuck between bears and bulls. But that doesn’t mean that the impact of the current development won’t be felt later on.

Previous market trends indicate that a cryptocurrency tends to bump up in value when it lists on popular exchanges. Also, the introduction of the new XRP TipBot could be the game-changer that could really boost the crypto’s mass adoption. As everyone knows, just as in the case of Bitcoin, mass adoption and public favor comes with more value for the crypto.