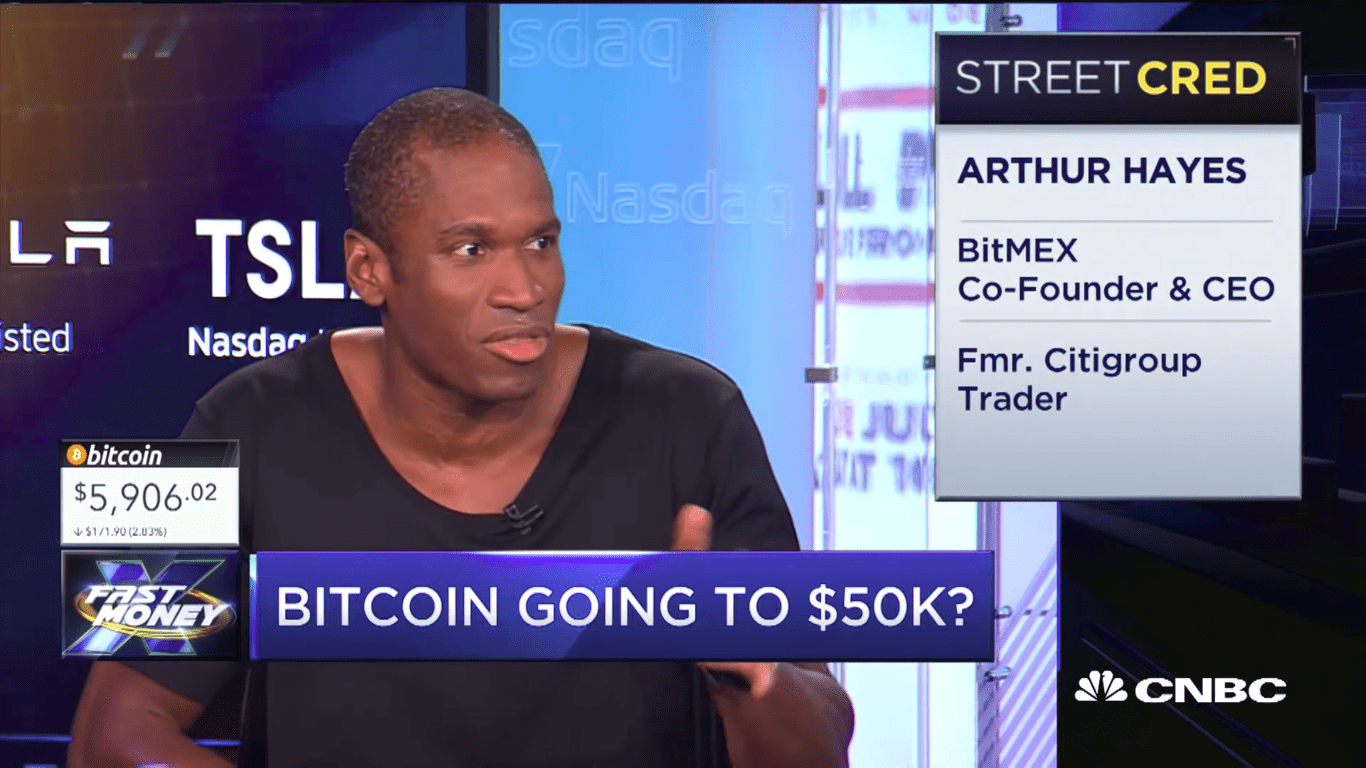 Bitcoin at 50k: That is the prediction sustained by Arthur Hayes, CEO of BitMEX. He maintains his way of thinking despite the recent bearish trend that many have categorized as a “bloodbath.”

For the well-known businessman, owner of the largest crypto trading platform by volume, the idea of reaching a value of 50k is not an exaggerated or impossible prediction. In an interview for CNBC, Hayes explained to Melissa Lee that a 50k price is as normal for Bitcoin as a 6k value:

I think something that can go up to 20k in one year can have a correction down to about 6k. I think it definitely found a bottom … but with one positive regulatory decision away, to climb to 20k or even 50k by the end of the year.

He also commented that despite the low prices that Bitcoin registered during 2018, Bitcoin trading on the platform had been highly stimulated.

According to his statements so far this year the BTC trading volume has tripled, a clear sign of the boost that crypto market is receiving. BitMEX is “having a great year.”

Regarding volatility, Hayes pointed out that it has actually fallen as prices fall. For Hayes, this is negative because venture investors prefer a more volatile investment in which they have a better chance of winning even though there is a significant chance of loss.

He also commented that it is now more possible to see a rebound in the short term due to the higher number of investors and the public’s exposure to cryptocurrencies:

Predictions: Is Bitcoin at 50k a Crazy Idea?

Arthur Hayes’ prediction joins that of other renowned bullish analysts such as Tom Lee who positions Bitcoin at 25K by the end of the year, Mike Novogratz who talks about 40K and Phillip Nunn who thinks the price could reach 60K.

Other notable references, the McAfee Line and the Draper Line place Bitcoin in theoretical figures of approximately 29K and 13k respectively.

In order of value, these are some of the most popular bullish predictions in the media:

As it can be noted, Arthur Hayes is at the high end of the predictions; however, his forecasts have a value that other leading analysts support. Of course, a lot of other analyst make predictions from time to time but they don’t get as much media coverage.

Predictions usually have a longer time to come true. Long-term forecasts range from $100 to $1 million.