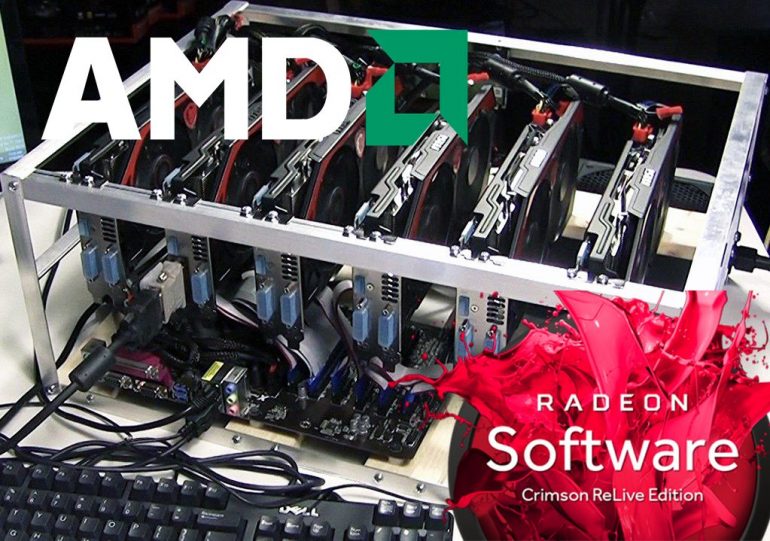 The software is designed primarily to improve and boost the performance of GPUs that are used for mining, the process by which new transactions are added to a blockchain, creating new tokens as a reward.

The launching of the software comes amid a season of increasing demand for GPUs, which is being driven by inflated prices in markets for cryptocurrenices like ether, the native currency on it’s blockchain and Bitcoin.

Recent Developments in the GPU Market

Indeed, both AMD and rival chip maker Nvidia, are taking advantage and exploiting the current cryptocurrency mining trend as shown in its financial results in the second quarter of 2017. The flood of purchasing GPUs in pursuit of profits has had an effect on the revenues both of the firms.

The company’s GPU division has registered $1.9 bln in earnings during the quarter, an increase of 59% from its figures in the second quarter of 2016.

According to Nvidia’s CEO Jen-Hsun Huang, they are very bullish about the future of the digital currencies, as well as the Blockchain technology.

“Cryptocurrency and Blockchain are here to stay. Over time, it will become quite large. It is very clear that new currencies will come to market. It’s clear the GPU is fantastic at cryptography. The GPU is really quite well positioned.”

However, AMD has taken a bearish position on the prospects of the cryptocurrency mining market.

That said, the release of the driver – a piece of software that enables computers to communicate with hardware components – indicates that AMD is looking to keep crypto miners around, at least in the near-term. AMD published the driver as a beta release, noting that it “will not be supported with further updates, upgrades or bug fixes.”