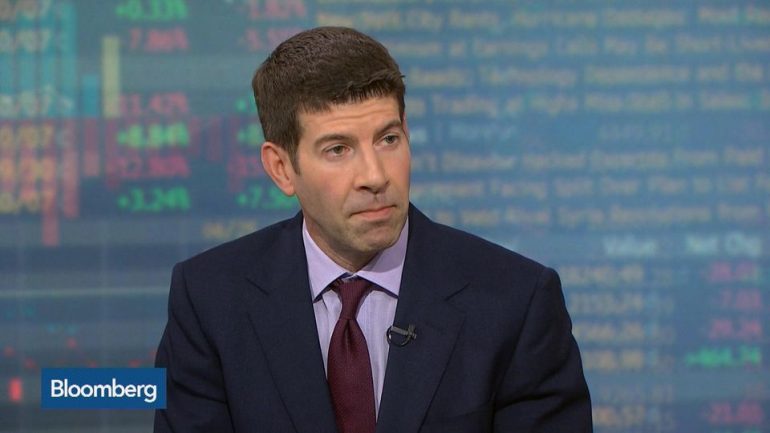 Another critic from JPMorgan has been received by Bitcoin as the largest and most famous virtual currency is taking its rise.

On a show hosted by Bloomberg News – Bloomberg Surveillance hosted by Tom Keene (Bloomberg news’ Editor-at-large), BTC has taken stage of concentration for the ‘Single Best Chart’ part. Keene’s show highlighted bitcoin’s all-time chart (as shown below) while marking a particular event in 2014.

Around that era, JP Morgan had released a striking critique for bitcoin being made out an 8 page report by John Normand, who at that time was the global head of FX strategy. It was called ” Audacity of Bitcoin” where J. Normand stated out that bitcoin was “vastly inferior” to traditional fiat currency and it will not perform any better or worse than fiat currencies.

Now in 2017, Normand was asked what had changed with bitcoin since his striking publishent. At the time of the report, BTC/USD was trading at $668. Now as time of the press, bitcoin’s price is trading at $4,280 to the dollar, after hitting an all-time high above $5,000 in September.

“Probably the only thing that’s changed is its popularity. My view on it in 2014 when I wrote on it is that it was essentially a retail novelty.”

Normand – now the head of Foreign Exchange and commodities at JP Morgan.

Bloomberg’s Keene highlighted the part of Normand’s comment as a retail novelty is a comfortable way of saying ponzi – for which Keene added that Bitcoin is one borne out of good intentions.

There are people who are using [bitcoin] for good intentions, there people who are using it for malevolent intentions. Another analogy – other than ponzi – is maybe air miles because there are lots of things that can be used to acquire goods and services. The same way that air miles can, this cryptocurrency can too. It just has the added dimension of being more globally accepted by a retail community in a wider range of countries and that’s why it’s so popular.

When asked to go deeper on the retail novelty meaning of bitcoin, Normand continued:

“It isn’t something that institutional clients or corporates should become involved with. There are lots of reasons for this, I just never thought it would never attain scale because it’s a currency that no government backs – and that’s really the essential quality in becoming a widely used means of transactions. There were always enough retail clients, libertarians, even criminals who want to become involved in.”

This commenting about bitcoin popularity and its importance comes very soon after the CEO of JP Morgan Jamie Dimon’s very famous call-of-bitcoin “fraud” and later on that it is nothing worth.