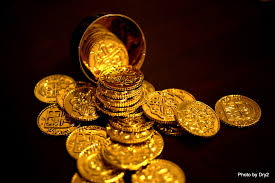 Combined Market Cap of Bitcoin Cash and Bitcoin SV is 4.2% of Bitcoin

Bitcoin’s price has fallen sharply perhaps, in reaction to the US President Donald Trump’s remarks on cryptocurrencies and Bitcoin. Even so, BTC is up 160 percent since January 2019, hitting a market dominance value of over 60 percent. In contrast, the altcoins have been struggling to keep up with the king’s pace. Now that BTC’s bullish momentum has been distracted, most of the altcoins have lost between 11 to 32 percent of their value.

Most alternative currencies are highly dependent on the performance Bitcoin, though some of them have in the past chest thumped about their ability to perform on their own. As an illustration, according to hodlonaut, the “Combined market cap of BCH and BSV is now down to 4.3 percent of BTC. Fair value is 0 percent of BTC”.

XRP for instance, the third largest crypto by market cap, slid back by 5 percent to 31 cents. ETH, on the other hand, is down double digits to 17 percent at the time of writing. Nevertheless, the weeks most significant loses so far are NEO, EOS, Cosmos, Bitcoin Cash, and Bitcoin SV, losing over 25 percent of their value in a week. These losses are at least three times more than BTC’s losses meaning that while both BSV and BCH were touted as BTC killers, their fortunes are tied to its performance.

It did not take long before Bitcoin Cash and Bitcoin SV proponents modeled the same question to their respective communities. Soon, the unforgiving remarks flowed in, in the face of these token’s latest performance against Bitcoin Core.

One Aaron van Wirdum, for instance, defined BCH as:

“A protest movement based on various conspiracy theories, often revolving around the misconception that Bitcoin Core developers control Bitcoin and have been corrupted by Blockstream and/or other outside influences”.

Bitcoin Cash emerged in 2017, as a much-touted solution to BTC’s scalability problem. BCH’s proponent wanted the 1MB BTC block size limit revoked. Developers were against the idea saying that individuals would have a harder time running their nodes without the restriction.  After a contentious period, the hard fork BCH was born, with a block size limit of 8MB.

The hard fork began to perform well in the market, hitting the top ten list within no time. In a year, dissension rose within the hard fork, and another split surfaced. Calvin Ayre and Craig Wright, fronted Bitcoin SV, with Ayre further proposing a block size limit of 128MB.

Roger Ver who had been portraying BCH as the original Bitcoin and Jihan Wu, the former executive at Bitmain, then went head to head with the BCH ABC team. The resultant hash war over the BCH ticker, cost BTC a 52 percent of its values in a month, plunging it from a $6500 price to a low $3,200 value.

Even more adverse was the effect on Bitcoin Cash which more than halved, dropping from $400 to below $150 in a matter of months. The contention by the two teams was a big blow to the fledgling crypto market, with investors losing their confidence in these BTC competitors with many heavy weights focused on Bitcoin infrastructure development and building of a derivatives market.