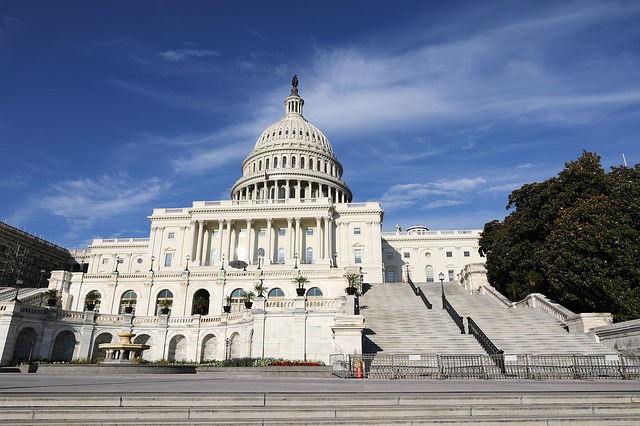 Stakeholders in the cryptocurrency industry have urged the U.S Congress to step up its legislative efforts or risk seeing the country fall behind in the emerging global cryptocurrency and blockchain technology narrative.

One of the top issues discussed was the regulation of cryptocurrency markets. According to CNBC, the chief policy officer at Coinbase, Mike Lempres, said that all the crypto industry wanted was a fair regulation of the virtual currency market. Lempres further stated that the Congress should try new methods of regulation.

Another issue that was brought forward was the application of the Howey Test to cryptocurrencies. The securities law originated from a Supreme Court decision in 1946, which determined if a digital currency was a security or not. SEC boss, Jay Clayton, has, however, stated that there would be no upgrade in standard to favor digital currency.

The crypto group also said that because of unclear regulatory policies, most crypto companies couldn’t tell if their ICOs are regulatory compliant. The industry founders further noted that some of these ICOs should be treated as a commodity.

Moreover, if the government employs stringent regulations or is uncertain, there was going to be an exodus. Most companies will move to friendlier crypto countries, leaving the U.S. behind.

Falling Behind Europe and Asia

The United States is at the risk of falling behind its European and Asian counterparts who have strong cryptocurrency regulations. Some of these countries strive for blockchain and cryptocurrency dominance.

Malta, popularly referred to as the “Blockchain Island,” has attracted significant crypto companies to its soil. When Binance faced regulatory issues from Japan, the company moved to Malta, with Prime Minister Joseph Muscat welcoming the cryptocurrency. Other crypto exchanges like BitBay equally announced its move to the Island. The Island approved three cryptocurrency bills back in June.

Apart from Malta, Switzerland is also struggling to become a Blockchain hub. Initially regarded as “the crypto nation,” the country’s status dwindled as its financial institutions were unfriendly towards crypto companies.

Thailand is also favorable towards cryptocurrencies, as the country’s regulatory body approved seven crypto exchanges. Japan’s stance on crypto, however, is firm. But the regulatory agency has stated there are no plans to curb the crypto market.

There have been various deliberations by U.S. Congressmen regarding cryptocurrency. While some support the digital currency, others outrightly kick against it. One of the opponents of cryptocurrency is Rep. Brad Sherman, who called for the outright ban of Bitcoin mining. Also, Rep. Emanuel Cleaver called for a crypto probe, as it is used for illicit activities.

However, some members of the Capitol Hill favor the advancement of cryptocurrency. Congressman Tom Emmer recently pledged his support for blockchain technology and digital currency.