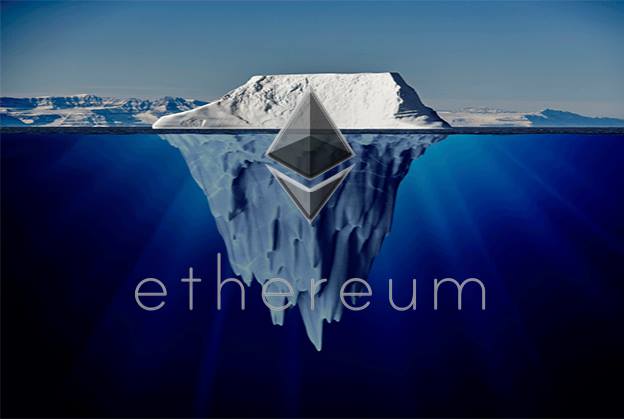 Ethereum Could Become the Leader Just by its Innovation: Crypto-World Take Over

Based on the title, readers should understand that this is a long-term future assumption which could follow up after major changes and developments in the cryptocurrency community. As for the moment, leading the virtual currency pack is Bitcoin – ‘The Golden Coin’.

To get the whole picture why Ethereum and its blockchain could be in the lead of the group, its of importance to pin down the differences between Bitcoin and Ethereum.

Bitcoin [BTC] could be defined just by calling it “the digital dollar”. It is money that can be bought or sold very easily through exchanges, websites and platforms like the very famous Coinbase but it lacks the traditional ‘money regulation’ from banks. So, it is no company or technology, just money in a virtual structure.

Other uses of Bitcoin are the so called ICO – Initial Coin Offerings, in which Bitcoins are exchanged for tokens that are issued by a company that is raising capital with the help of early adapting investors.

Some people buy Bitcoin because they want to store their money somewhere other than a bank. Some buy Bitcoin as an investment, believing that its price a few months or years from now will be substantially higher than it is today.

The second in-follow for the first place is Ethereum – [ETH] is a different digital currency which many analysts and crypto-enthusiast specify as an alternate leader and that could be dominant in the market.

In any economy, currency is relative. Since Bitcoin has been the leading coin since the beginning, the price of every other “altcoin” (and there are a lot of them) is measured against Bitcoin. Take Litecoin, for example. It is a currency that has its own market and holds its own merit, but while Bitcoin is priced at $5,400, Litecoin currently sits around $56. So, while it has its own value, it is by no means a market leader.

While Ethereum is a different digital coin with its market token “Ether”, it truly is by far just that. Its ledger technology and blockchain structure makes it possible for firms and companies with startup ideas and so on, to build new apps and programs over it called dApps (decentralized applications).

In short words: Its the new and more robust blockchain with the opportunity of great innovation.

Furthermore, significant support for Ethereum’s technology comes from The Enterprise Ethereum Alliance. This is a very large group of 500 companies that have all agreed to work together to learn and build upon Ethereum’s blockchain technology—otherwise referred to as “smart contract” technology. In this case, “smart contracts” mean that demanding business applications can automate extremely complex applications.

Ethereum’s Tech has great important and will do major impact for IoT projects and processes – keeping in mind that there is still room for improvement and developments, it still marks an era of opened doors for all unique innovations.

Both Bitcoin and Ethereum are targeting parallel but different goals – Where Bitcoin is trying to disrupting currency, Ethereum is disrupting equity.