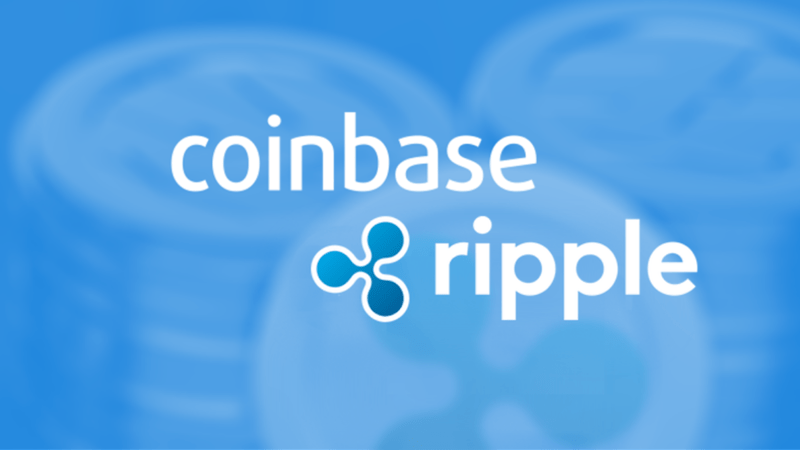 Ripple CEO, Brad Garlinghouse has called on Coinbase to add XRP to its supported cryptocurrencies. He said this in a chat with Fortune on June 21, 2018. Coinbase is the largest cryptocurrency exchange platform in the United States based on trading volume.

Coinbase Will Gain by Listing XRP

According to the Ripple CEO, Coinbase will profit a great deal by listing XRP tokens on its exchange platform. Ripple is the third-ranked cryptocurrency based on market capitalization. Despite its popularity, Coinbase is yet to offer support for the second-biggest altcoin in the market. Commenting on the issue, Garlinghouse said:

As we solve problems at scale for institutions, I think it’s in Coinbase’s interest to participate in that. 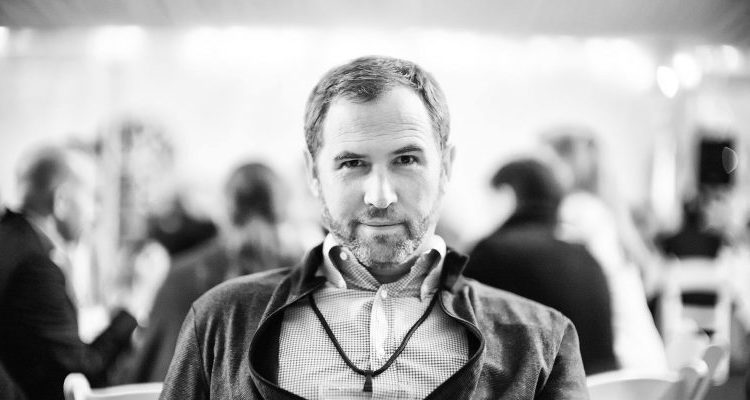 Ripple has managed to sign strategic partnerships with banks across the world. The company markets its real-time gross settlement (RTGS) blockchain technology to many financial institutions, many of whom use the XRP cryptocurrency in tandem with the Ripple ledger. Ripple believes that these banking applications provide real-world utility for Ripple that will drive the price of XRP tokens even higher.

Despite all of these positive moves, Coinbase is yet to list XRP. The platform lists Bitcoin, Bitcoin Cash, Litecoin, Ethereum, and will soon add Ethereum Classic. Except for Bitcoin and Ethereum, Ripple has a higher market capitalization that the coins on the Coinbase roster.

On many occasions, reports have emerged that the popular exchange platform was set to list Ripple. However, Coinbase has been quick to quash such speculations. In March 2018, the platform released a statement saying that it would only list cryptocurrencies that have been cleared by financial regulators as not being securities.

The reluctance of Coinbase to trade XRP tokens is mostly due to the absence of clarity concerning whether Ripple is, in fact, a security. Recently, the SEC declared that both Bitcoin and Ethereum were currencies and not securities. However, they have so far kept mum on the status of other altcoins while stating that ICO tokens were securities.

The XRP currency/security debate is a popular argument in the cryptocurrency community. Ripple is adamant that their token is not a security and Garlinghouse agrees, saying:

I think it’s really clear that XRP is not a security. XRP’s blockchain, or public ledger, exists independent of Ripple, and would keep functioning even if the company failed; what’s more, XRP tokens serve a technological purpose (facilitating monetary transactions) that traditional securities like stocks do not. XRP also does not entitle its holders to a stake in Ripple the company itself.

Much of the debate focuses on the control that Ripple has over XRP tokens based on the considerable amount of the coins owned by the company. Commenting on this issue, the Ripple CEO said:

I don’t think that our ownership of XRP gives us control. Saudi Arabia owns a lot of oil—that doesn’t give them control of oil.

Garlinghouse did admit that he had no control over when Coinbase would list XRP. Earlier in the year, reports emerged that Ripple tried to pay Coinbase $1 million to list the cryptocurrency on its platform. 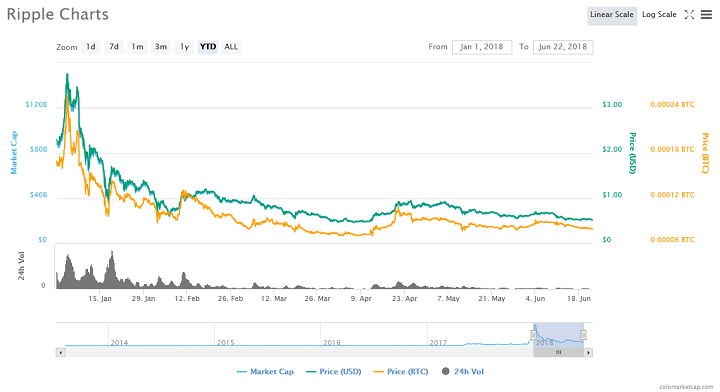 The performance of XRP has mirrored the general cryptocurrency market as the price as declined over the course of the year. Ripple has fallen from the $3.75 mark to hover the $0.50 region. The last time the price of XRP was above $1 was in the first week of March 2018.

What are your views on the XRP currency/security debate? Do you think Coinbase should list XRP tokens? Keep the conversation going in the comment section below.

Image courtesy of the Ethereum World News archives and CoinMarketCap