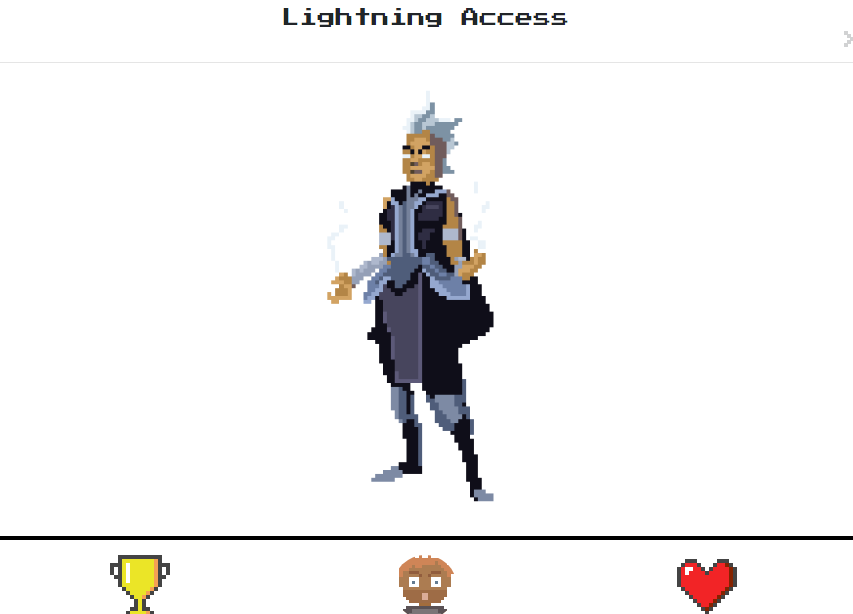 Satoshi’s.Games is now available on the Lightning Network since Wednesday, February 13, allowing users and players to try several occasional games on this powerful network while earning satoshis upon completion of certain challenges.

The application development team posted the announcement on its Twitter account, which has nearly 900 followers. A figure that shows that this young application has much potential to grow.

The platform shows a very vintage appearance. Its pixelated graphics and “8-bit” tonic are perfect for the user to experience a successful immersion experience.

Carlos Roldán, a member of the Satoshi’s Games development team, explained that they hope to attract the fullest and most varied audience in existence. The expert explained that according to his point of view the high speed in the processing of operations and the possibility of performing microtransactions represent a significant potential that many developers could (and want to) exploit:

(We want) Above all to have a good time. Playing is not only a recreational activity but also an educational one. (We want) To eliminate friction in the user’s experience, making use of Lightning for new generations. If we can create games that attract the youngest, where Lightning intervenes, an exponential adoption will be easier to achieve.

With the launch, Satoshi’s Games has announced a tournament with more than 200,000 sats in prizes. According to the team, despite the growing number of users of this technology, only one lucky person will be able to take those tokens.

🎫Get your ticket at https://t.co/A8EUQnKWGJ

In order to access certain premium games, you must have an account on the site. This can be done with several methods such as the use of the Google Chrome extension, Joule, which offers an interface to make payments in bitcoins from a web browser using its own Lightning Network node. It is also possible to import an already created account or pay 1,000 satoshis for the creation of a new user profile from the page itself.

This option, however, is quite safe because the method implemented by Satoshi’s Games avoids the possibility of attacks and manipulation of personal data:

Although there has not been an important announcement in the community for a long time, Satoshi’s Games is convinced that this move can benefit the ecosystem. This tactic of linking the gaming industry with the potential of blockchain technologies is not atypical in the market, and many developers have turned to similar decisions to pumper their project.

While it is true that many games and dApps choose other blockchains like Ethereum, Tron, and EOS, the fact that each time new developments exploit the potential of Lightning Network allows Bitcoin enthusiasts to maintain the optimism that BTC will remain as the crypto King for a long time.