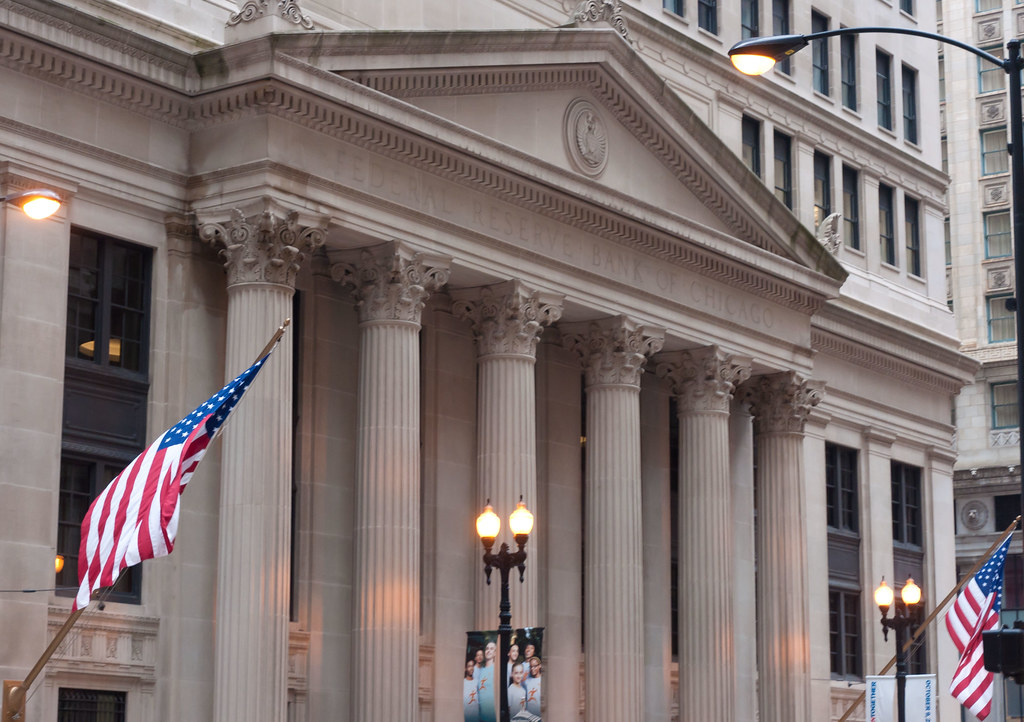 Will The US Federal Reserve Opt For the Blockchain?

The demand for real-time settlement systems is on the rise.  Data show that by September 2018, there were at least 40 such systems operational worldwide. 16 more are expected by 2020, as blockchain-powered money transfer systems proliferate the banking scene.

It is perhaps because of this that Jerome Powell, the Federal Reserve Chairman, has told lawmakers that his institution is “seriously considering” a faster payments system too. The faster settlements network will give the Federal Reserve an edge when competing with the robust network that larger financial institutions run on.

In a letter to senators, Powell says:

“Based on the feedback received from industry stakeholders and other interested parties in response to the 2018 notice and request for comment, the US Treasury recommendation as well as our own analysis, and in keeping with the Federal Reserve’s historic role in payments, we are seriously considering proceeding with two actions described in that notice to support widespread adoption of safe and efficient faster payment services in the United States.”

The letter nevertheless has not explicitly pointed to a blockchain-based payment system.

The US Federal Reserve Asked To Innovate or Die

The Federal Reserve has been under intense pressure by large technology firms to provide a real-time system of payments. This platform would consequently change how banks exchange money. The tech companies have formed a union called Financial Innovation Now. FIN has among its members, Amazon, Google, and Apple as well PayPal. Facebook is absent from FIN, probably due to the launch of Libra, a currency that could speed up payments if launched.

Countries like Sweden, Hong Kong, Australia, Denmark, and Norway have already implemented real-time gross settlement systems.  The UK launched its Faster Payments Service back in 2008. The US, however, has been playing catch up, with the Federal Reserve’s Faster Payments Task Force promising a real-time payment network by 2020.

The Fed convened this task force in 2015, with 300 consumer and business organizations coming in to form a  think tank. In December 2018, the FED hinted that it would implement a real-time system to compete with the private sector platforms. The nation’s payments are highly reliant on the credit card whose payments are handled by the Automated Clearing House.

The ACH settles transactions thrice daily but only on business hours. Financial Innovation Now has asked ACH to extend its operating hours while advocating for a long-term solution. This can only be a real-time method of settlements, ran by the Fed.

Larger banks that already have a real-time system have opposed the idea. It would significantly cut back on their profits garnered from The Clearing House. Smaller banks that are not beneficiaries of the system nevertheless, fully support a Feds run system.

The Federal Reserve, nonetheless, does not have much of choice, but to innovate. With the technological pressure, businesses like Facebook are bringing to the sector, the old system can only meet the challenge head-on via technology.

Digital currencies and blockchain technology can bring about this needed overhaul. The blockchain-based ledger is distributed and immutable and works on an agreed-upon consensus mechanism. It efficiently automates transactions giving them a close to real-time settlement. The technology also has robust anti-fraud controls.

It is believed that the Federal Reserve’s reluctance to solve the age-old slow remittance issue has encouraged the growth of digital currencies. As James Bullard of the St. Louis Reserve Bank said:

“Cryptocurrencies may unwittingly be pushing in the wrong direction in trying to solve an important social problem, which is how best to facilitate market-based exchange.”

Wrong direction or natural cause of events? Only time will tell.