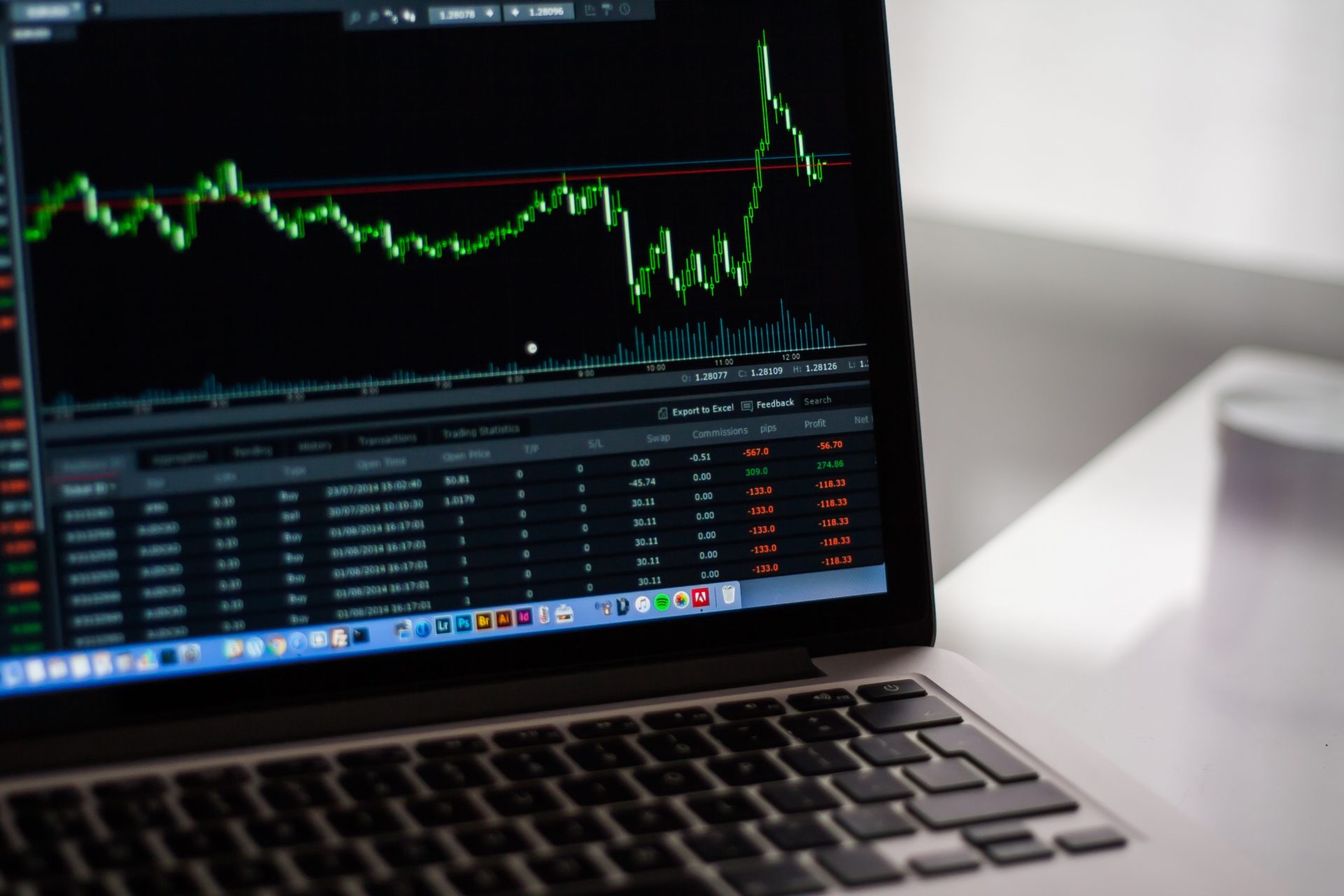 In today’s segment of CNBC ‘Fast Money’, the hosts took a look at the current state of Bitcoin, pointing out signals and what they mean for the market going forward.

Bitcoin Sees Interest Decline, Is That A Problem?

But since the most recent decline, with cryptocurrencies taking a nosedive in value, with some onlookers believing that the cryptocurrency market is losing its hold over the eyes and wallets of retail investors.

Is America falling out of love with #bitcoin? @BobPisani breaks it down. pic.twitter.com/N37g9Q7FbM

“This is pretty simple folks. As the price has come down, the volume of trading has declined. Not only that, but the public interest has declined as well,” said Bob Pisani, a CNBC stock analyst, and contributor.

Pisani then pointed out that Google search trends eerily mirror the price movements of the cryptocurrency market, with peak interest lining up with December’s $20,000 Bitcoin. The CNBC analyst stated that search interest regarding the world’s foremost cryptocurrency is “less than one-tenth of the level at its peak, last December.” 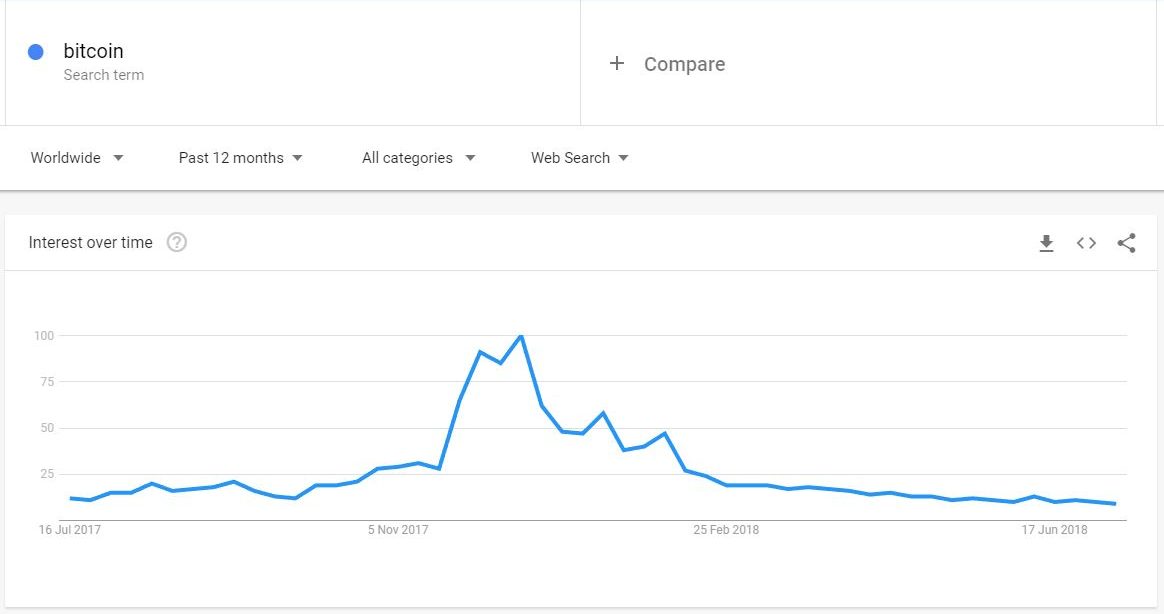 Many Bitcoin bears believe that the Google trends indicator shows direct investment interest in this cryptocurrency. But, Tom Lee of Fundstrat Global Investors has pointed out in the past that this indicator is not fully indicative of the price and popularity of Bitcoin, saying:

Google searches aren’t the leading indicator for Bitcoin, but instead, acts as a ‘coincident indicator,’ and therefore shouldn’t be looked to as some sort of BTC price predictor.

Pisani later noted this declining interest has not only been seen with Bitcoin, but with other cryptocurrencies, with collective exchange volume dropping to “one-tenth of what they were during the December peak. But again, insightful words from Tom Lee refute the bearish sentiment held by the CNBC analyst, with the Fundstrat co-founder stating:

Compared to a year ago, (over) the same time (the first 6 months of 2017), Bitcoin volumes are up nine hundred percent.

With this figure bringing credence to the fact that he believes that today’s volume in the trading space is still in a “healthy” state.

Craig Johnson, a managing director and senior technical analyst at the Piper Jaffray Investment firm, followed Pisani’s segment with bullish sentiment regarding the state of the market.

It's been a quieter summer for #bitcoin. Piper Jaffray's Craig Johnson says that might be a good thing. pic.twitter.com/SYPFcRyr42

Firstly, Johnson drew connections between the rise of the internet and the cryptocurrency market, pointing out that it too saw an exponential run-up and then a subsequent “quiet period.” He elaborated, stating:

From my perspective, this quiet period that Bob (Pisani) is mentioning is actually a good thing. You’ve had the parabolic advance, you going through a sort of correction and resetting of expectations and that’s where I think we are at. We saw that with the internet, and I think we are seeing that with the cryptocurrencies.

In terms of technical indicators, which the Piper Jaffray employee excels in, he pointed out that there is strong support at the $6,000 range and that the downtrend may be at the beginning of a reversal phase.  “Bitcoin is sort of washing itself out at this point in time. So, I definitely like what I am starting to see with this chart, it looks optimistic,” added Johnson.

When queried about the performance of other cryptocurrencies, the technical analyst brought attention to the growing privacy coin sub-industry, which he believes have more upside in comparison to “digital gold” or “digital silver.”

He noted that people want financial anonymity, especially multi-millionaires or billionaires who want some degree of privacy when transferring wealth. He closed off the segment regarding the cryptocurrency market, saying:

I think these alternatives (Altcoins) are where the money is going to be at. So think of Bitcoin and Litecoin as silver and gold, so they are just a store of value.