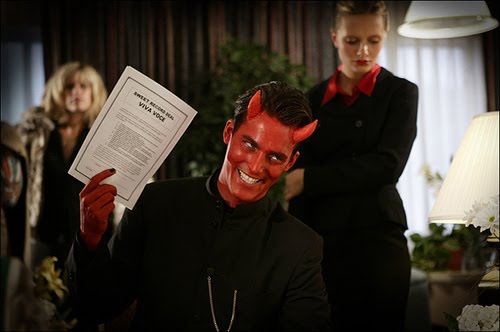 Is XRP a Pump and Dump Coordinated by Ripple? The President of Intellyx Believes So

Ripple is going through some controversy, at least for the last few days. After its XRP token was listed on Coinbase, numerous tweets and comments emerged in the community, questioning the company’s actions.

While the suspicions against Ripple are not new, the company has been able to clean up its image. The team’s efforts were so effective that XRP achieved second place in the global marketcap, and its community, known on Crypto Twitter as XRP Army earned a spot in Coindesk’s Top 10 most influential personalities in the Cryptoverse.

However, not everyone in the crypto ecosystem believes in Ripple’s good intentions. On March 1, 2019, Jason Bloomberg, a leading IT industry analyst, Founder of Intellyx and recognized Forbes contributor, elaborated on the reasons why he thinks Ripple’s business practices are questionable. This post is the sequel of a first contribution already covered by Ethereum World News

Is XRP a Scam?

In an article titled “Is Ripple A Scam?”, Jason Bloomberg explains that “at its core,” Ripple runs an intricate pump and dumps model that goes through several stages to convey an appearance of legitimacy.

The first thing he did was to question the very moment of XRP’s “birth”:

“The starting point in the chart above is the issuance of many billions of XRP tokens – essentially printing Monopoly money out of thin air, except that you can play Monopoly with Monopoly money.”

Bloomberg explains how Ripple has tried to disassociate from its responsibility over XRP. For this the company created a “community” and open sourced its project, creating a token without being “technically” identified as its creators. The Scheme follows the pattern presented in the image below:

Everybody Associates Ripple with XRP… Except for Ripple

He also points out that if Ripple didn’t create XRP, the fact that it controls such a massive amount of XRP raises suspicions. Bloomberg cited an explanation that Ryan Zagone, director of regulatory relations for Ripple gave to Coindesk. According to Zagone, it was all a benevolent gift that the developers offered to Ripple:

“What we do have is we do own a significant amount of XRP, it was gifted to us by some of the open-source developers that created it,” Zagone continues. “But there’s not a direct connection between Ripple the company and XRP.”

Bloomberg also explains that he disagrees with Ripple’s argument that XRP is decentralized (they have even gone so far as to say that it is more decentralized than Bitcoin). He explains that “Ripple gets a say as to who can process XRP transactions, essentially making XRP a centralized, permissioned crypto.”

Also, he argues that the image of massive adoption of XRP and other solutions from Ripple is false. In fact, many of the companies that use Ripple’s technology do so as part of the RippleNet Accelerator Program.

“One of the strongest indicators that Ripple is a going concern is the dozens of customers it touts. Look more closely, however, and most such companies are ‘partners,’ not customers – and to make matters worse, Ripple pays companies to become partners.”

Is XRP Adoption a Real Thing?

But even this is not transparent. Many companies have paid for potential customers to try their products; PayPal is a clear example. However, what Ripple does is much worse because it doesn’t even pay its customers with real money, but with the token created by them.

“In other words, Ripple is using its share of its free XRP tokens to build the illusion it has paying customers – when in fact Ripple is paying them, not the other way around.”

Bloomberg also explains that although it is up to the SEC to decide definitively whether or not XRP is a security, the token seems to fit perfectly into that concept.

Ripple’s Arguments are Not True

He says that the arguments of Brad Garlinghouse and other members of the Ripple team (XRP are not Ripple shares, XRP is decentralized and XRP can work without Ripple nodes) are misleading and could generate public confidence based on a misconception:

“Garlinghouse, however, is confusing ‘equity’ with ‘security,’ and then obscuring his argument with the ‘Ripple doesn’t control XRP’ canard.
The SEC (or other relevant national regulatory body) is the final arbiter of what constitutes a security, but the commonsense way to understand a security is this: if people buy an asset with the expectation of selling it later for a profit, then it’s a security.”

Mr. Bloomberg also provided an explanation of why Ripple’s technology is not as successful as it seems:

“Some ‘partners’ like American Express ran Ripple pilots that ended up going nowhere. Others like Santander in Spain rolled out a Ripple-based product, but it didn’t deliver on the immediate funds transfer promise at the heart of Ripple’s stated differentiator.

Another project mentioned by Bloomberg was the Western Union experiment, which had somewhat disappointing results. Hikmet Ersek, CEO of Western Union said they “did not see that part of the efficiency yet during the tests [of Ripple],”

Finally, he explains that Ripple Pumps the value of XRP to pay its “customers” and keep its business afloat. One of the most important strategies is to play with the perceived value and intrinsic value of the token.

However, although an image of XRP as a token running on a revolutionary blockchain has been created, this could actually be closer to pure hype than to a feature that could objectively increase the price of the token:

“Pump and dump schemes, of course, leverage the perceived value of the asset in question, not its intrinsic value separate from the speculative interest in the asset. Experts are thus understandably appalled. “I have a tough time understanding, even if a lot of banks use Ripple to move billions of dollars, why does that increase the value of XRP?” wonders Timothy Enneking, managing director of hedge fund Crypto Asset Management. “I don’t understand what drives price formation.”

Jason Bloomberg is ranked #5 on Onalytica’s list of top Digital Transformation influencers for 2018 and #15 on Jax’s list of top DevOps influencers for 2017, the only person to appear on both lists. He has published more than 1200 articles of which more than 200 appeared in Forbes. He is the author of four books on technology and business with a fifth book estimated for release next year.

Mr. Bloomberg’s article sparked a lot of debate among users and members of the XRP Army. One of the most important demonstrations of the counter-arguments can be found on Reddit, Where users attacked several points sharing their points of view.

The first one was Reddit user Oceantrader who pointed out that an article like this was to be expected. Mr. Bloomberg previously posted an article explaining why he thinks all cryptocurrencies need to be shut down, If he had such an “extremist” stance back in 2018, it could be normal to expect negative comments about XRP.

Another user explained that after downloading and reviewing the whole XRP ledger, some of the ideas explained by Mr. Bloomber could be refuted. One of the mods explains that “as time goes on, and more and more people trade in XRP, completely independently of Ripple, the less likely the SEC is going to rule that it’s a security” but others argue that such decision is not up to the users (so it is legal until decided otherwise)

Also, notmyrralname denies that Ripple controls XRP. In one of the comments, he says that the firm is actively looking for XRP to be more decentralized, and right now, according to his knowledge, Ripple only controls 7% of the nodes.

However, other users such as recessiontime just don’t care at all. Maybe in this whole debate, that is one of the best options to be a happy hodler: